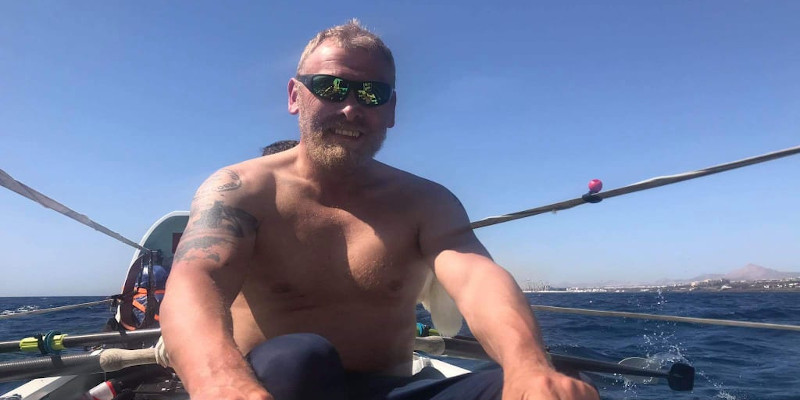 On Sunday, April 26th Faroese ocean rower Livar Nysted and his crew arrived at French Guiana after a 54 day long journey across the Atlantic. The crew arrived to a changed world, one very much affected by the novel coronavirus, which they’d only heard vaguely mentioned before their departure from Portugal in early March. Read more about Livar Nysted’s trip here.

On May 8th, nearly two weeks after arriving at French Guiana, Livar Nysted was back home with his family in Hvannasund again, and he’s been in self-quarantine ever since, getting all the rest and food that he needs.

– A trip like that leaves you exhausted. Really exhausted. I don’t have the energy to do much right now. I mostly sit and watch TV and eat good food. It’s important to give your body some more nourishment after having lost 12-15 kilos. The pants my wife bought me yesterday were too big even though they were two sizes smaller than the ones I usually wear, Livar Nysted told Portal.fo last week.

The food he was most excited to eat when he got home was fresh meat.

– We mostly eat dry food on the boat, the kind you mix with water and heat up. Eating that same kind of food for weeks gets really boring. When I came home I wanted fresh meat that I could chew properly, he says. He adds that although raw tuna isn’t so bad when you’re really hungry, he has no plans to go out for sushi anytime soon.