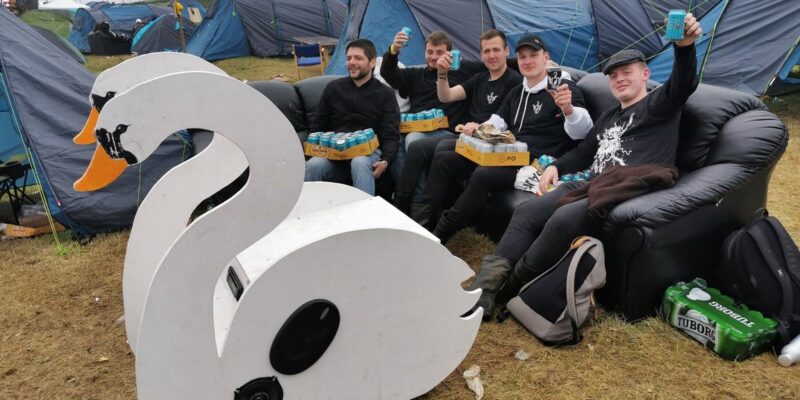 Last Wednesday, the G! Festival opened its campsite in the town of Norðragøta to an excited crowd of campers that were to spend the following four nights and days on the grassy plain.

When the gates opened at 4pm campers had been waiting for hours to be in the very front of the queue. The further up front you are the more likely you are to get a good spot to raise your camp. Even though the weather had turned for the worse the last couple of hours before the gates opened, making the grass wet and slippery, the campers were in good spirits. Many wore rain clothes and Wellington boots whereas others tried their best to keep warm in summery clothes. 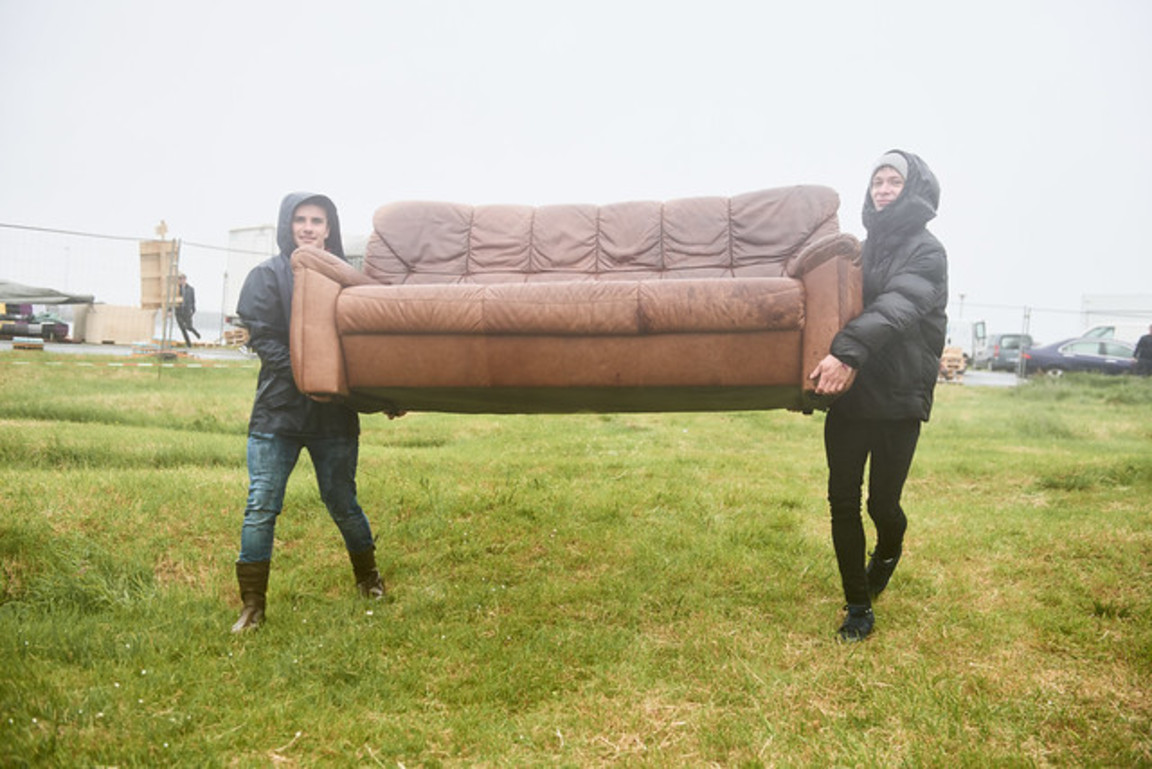 After the campers had claimed their grounds they began carrying in tents, luggage, sofas and speakers and raised their camps. Gradually the rain ceased; although it would not stop entirely until later in the evening. As soon as the camps were raised, the campers began partying and preparing themselves for the night ahead. However, most campers had already begun drinking when they queued outside the campsite.

Most years there are no events for campers Wednesday night because the concerts and events in Syðrugøta do not begin until Thursday at 4pm, but this year was different. The administration of G! Festival cooperated with two of the most prominent camps this year to organize an underground show, UndirG!rundin, where local artists would perform on a stage built from pallets using two large homemade speakers borrowed from the camps, Okkara Midnight Boys and Tordis. 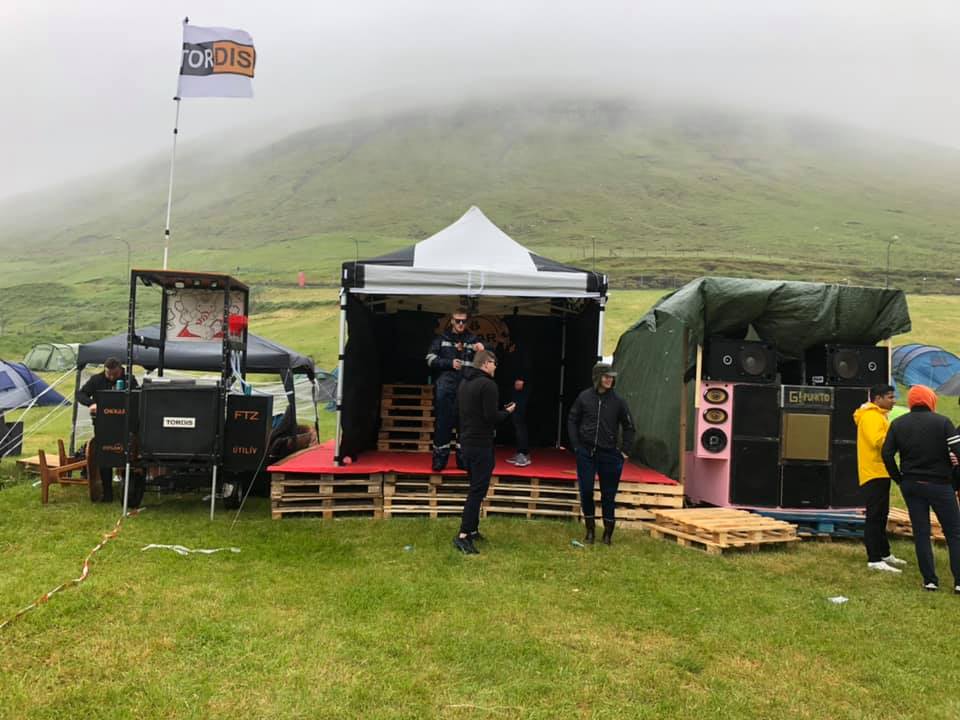 The acts of Wednesday night were all artists that haven’t really found their place in the Faroese music scene yet. Most of them post their music on Soundcloud, a platform where emerging artists can share their music, but some of them have experience on other Faroese stages as well. Amongst the line-up are Marius DC, RSP and Young Brazy. There was a total of seven acts on the stage and the event lasted from 22:00 to around 01:00.

The following day the speakers were moved to the camp of Okkara Midnight Boys who won the title “G! Festival Camp of the Year 2018”. The bright pink speaker built by members of Okkara Midnight Boys, or OMB, weighed around 200 kg, so moving the speaker required a large crew. The speaker from the other main camp, Tordis, was later moved to the camp of OMB as well, which then became the party center of the campsite the following nights.

However, OMB and Tordis were not the only camps where people gathered; other camps include Cassiopeia, who visited the campsite for the fifth year in a row, Skopunhagen, the “Camp of the Year” winners of many years, and Afrika but the camp that won the title “Camp of the Year 2019” was Svanareiðrið (The Swan Nest). 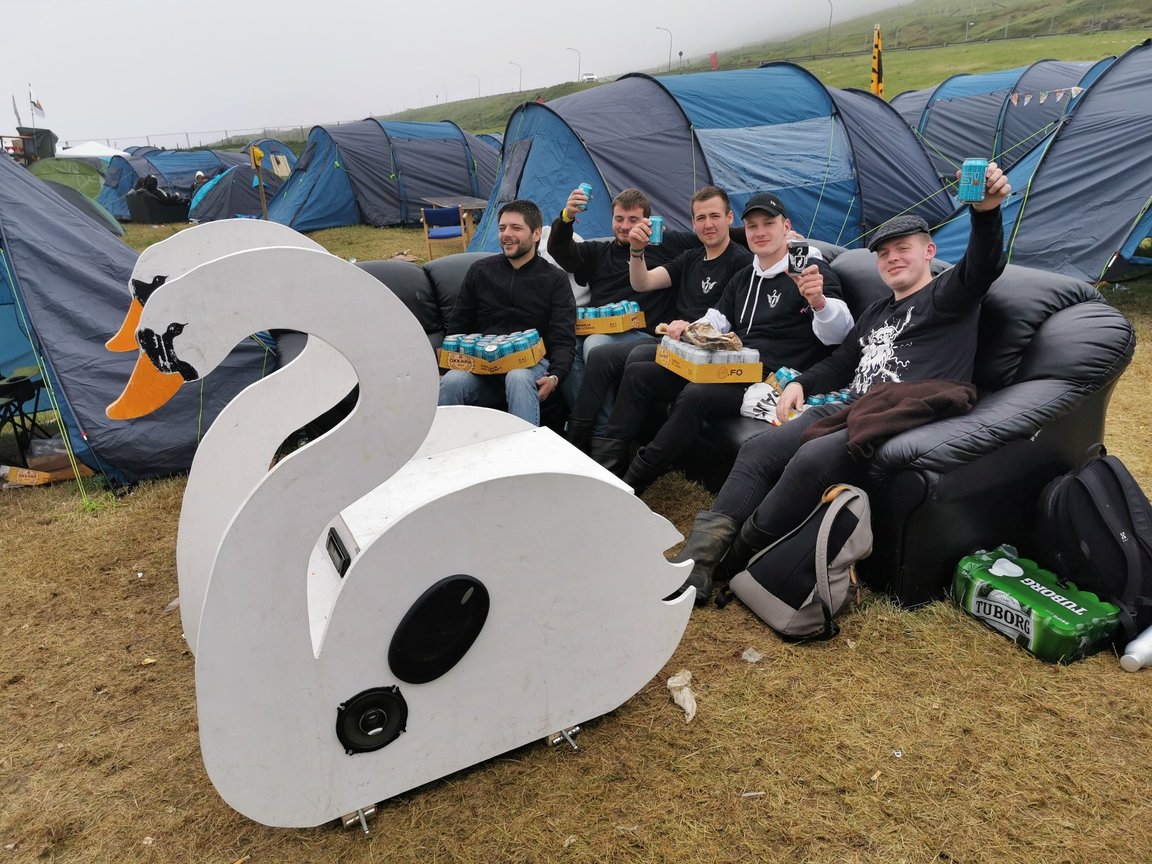 The Swan Nest had the most thorough and thought-out theme of the camps this year; they had a flag, custom-made beers with a swan logo, matching t-shirts and a large swan-shaped speaker. “There was no doubt. When the jury saw The Swan Nest everyone said: “This is it!”,” the administrators of G! Festival reported on their website.

The campsite of G! Festival certainly had lots to offer this year. On a year when the festival-site in Syðrugøta had cancellations from big names the campsite fortunately managed to stand on its own legs.