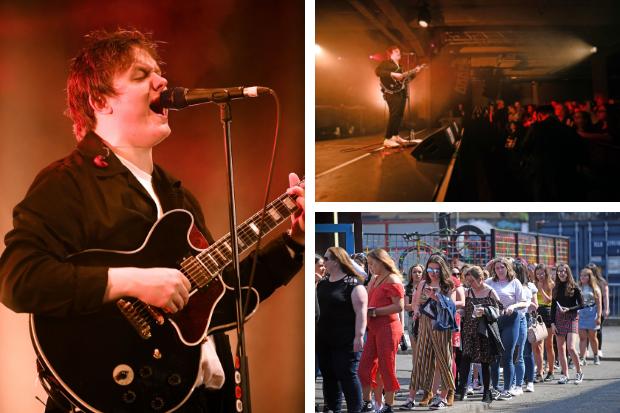 Scottish singer-songwriter Lewis Capaldi has cancelled his appearance at the G! Festival – apparently in protest against the practice of whale hunting.

However, it appears that Capaldi is not willing to publicly admit that this is the reason why he has withdrawn from the festival  – at least not to the international media (read further).

A statement, attributed to a spokesperson for Lewis Capaldi on G! Festival’s Facebook account, read: “We are sorry to let you know that, for personal reasons, Lewis Capaldi will not now perform at G! Festival on July 13.

“We understand that this is disappointing for fans and the organisers, particularly at short notice. We offer our sincere apologies to everyone involved.”

Capaldi will instead play a slot at this year’s TRNSMT Festival in Glasgow after Snow Patrol’s withdrawal, writes Evening Times. Capaldi will perform in Glasgow on July 14.

Earlier this year, Blue Planet Society lashed out at Fatboy Slim, Lewis Capaldi and Princess Nokia, as the trio were set to perform at the 2019 G! Festival.

“Fat Boy Slim, Lewis Capaldi, Princess Nokia what the heck are you doing headlining this event and condoning barbaric cruelty to an EU protected species?,” the group fumed, adding “G! Festival in the Faroe Islands is held on exactly the same site that pilot whales are brutally massacred.”

Earlier this month, Princess Nokia also pulled out of the 2019 G! Festival. A spokesperson for the G! festival told Portal.fo that Princess Nokia had cancelled her appearance due to personal reasons.

Previous article
“This is how they would do it in Eastern Europe”- International workers’ federations issue letter supporting dismissed Atlantic Airways flight attendants
Next article
Opinion: Open letter to Mr. Lewis Capaldi