HomePolitics"Let's move all the Faroes from Egypt to the Faroe Islands," yells...
Politics

“Let’s move all the Faroes from Egypt to the Faroe Islands,” yells Mr. Trump at nonplussed polar bear 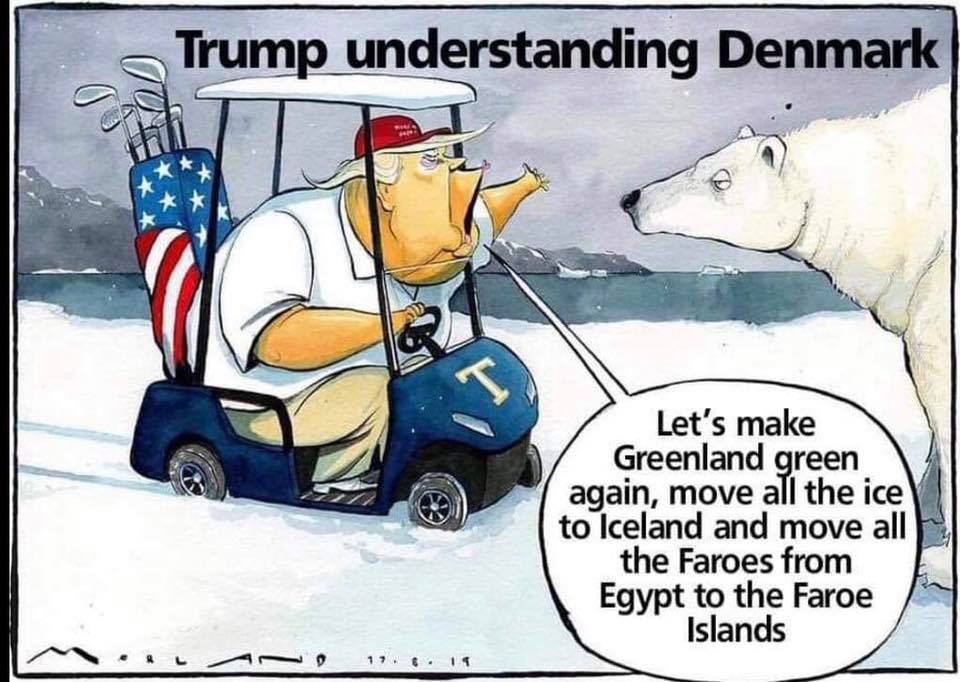 In the wake of US president Donald Trump’s botched attempt to buy Greenland, the internet has been full of memes and cartoon images about Trump and Greenland – as well as other northern countries.

One cartoon image shows the American president driving a golf cart whilst letting a poor polar bear know exactly what he feels.

“Let‘s make Greenland green again, move all the ice to Iceland and move all the Faroes from Egypt to the Faroe Islands,” yells Mr. Trump at the rather nonplussed polar bear (see image above).

The president was scheduled to visit Denmark on 2 September, at the invitation of Denmark’s Queen Margrethe II.

Then last week Mr. Trump suggested the US was interested in buying Greenland, an autonomous Danish territory.

Danish PM Mette Frederiksen described the suggestion as “absurd” and said she hoped Mr.Trump was not being serious.

However, he was indeed serious and cancelled the visit to Denmark following Ms. Frederiksen‘s refusal to discuss selling Greenland.