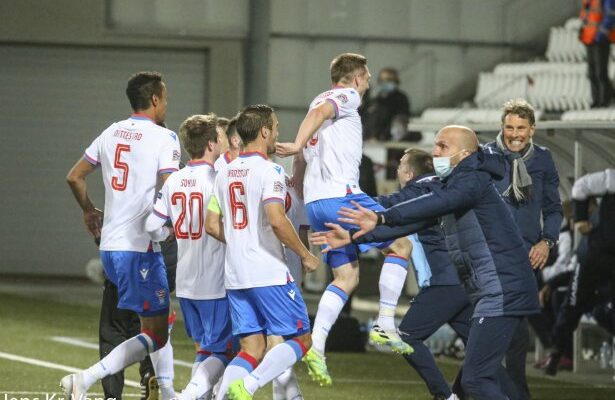 Tomorrow at 5 pm (GMT) the Faroe Islands face Latvia in Riga and the impressive achievement of the prospect of promotion with a victory. In the penultimate match of this year’s Nations League, even a draw or loss could result in the Faroe Islands being group champions if Malta fails to beat Andorra in the other fixture in the group. And with the Faroes away to Malta in the final group fixture, the Faroese team will be desperate to wrap up promotion before the encounter.

Last month’s tightly contest draw with Latvia in Torshavn, showed that they will be a stern test. And with the additional, blow that talismanic player Jóan Símun Edmundsson will be missing due to covid-19 travel restrictions. As well as vital midfielder duo Hallur Hansson and Brandur Hendriksson Olsen also out suspended, the task of gaining a win in Latvia certainly looks like a tough one. Hansson and Hendriksson partnership throughout the Nations League campaign has been a huge reason behind the Faroese unbeaten run. With limited options in the centre of midfielder, there combined absence does leave the side severely lacking creatively, which was glaringly evident in the first half of, Wednesdays 2-1 friendly defeat to Lithuania.

The most eye-catching new addition to the squad is National Handball player, and now recently turned footballer, Hilmar Leon Jakobsen, and with 12 goals in 17 matches this season for HB, his inclusion is well-deserved.

Wednesday’s friendly game allowed the more fringe players an opportunity to impress, but without any real standout performers, expect a similar line-up to previous matches, excluding the forced changes. With that in mind, this is my personal starting 11: 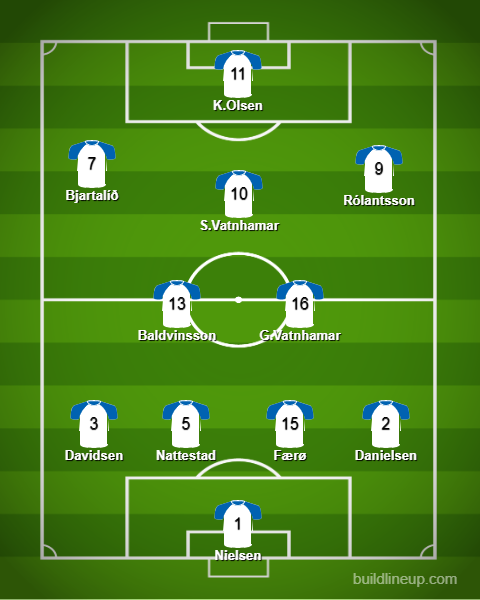 In my opinion, Gunnar Vatnhamar and Rógvi Baldvinsson are the most logical pairing in the middle of the park, two battling players with experience at the international level (especially Baldvinsson), and also their towering size, being a useful counter to Latvia’s direct play.

I would also push Rólantsson further upfield because I think there is where he is most dangerous, and also allows the impressive Danielsen to enter the line-up. Other than that, it is expected the 11 from the side that beat Andorra last month will start.

Last time the Faroe Islands played in Latvia, was the infamous 2-0 victory in 2016, can this team replicate that and gain promotion to group C of the Nations League? We will find out tomorrow night.