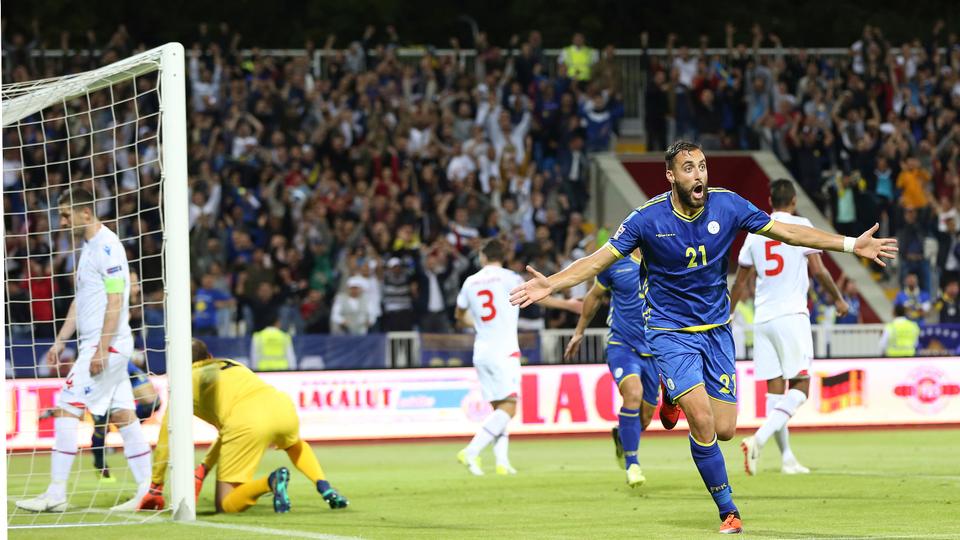 After two matchdays in UEFA Nations League, Kosovo is top of Group 3 in League D with one win and a draw.

This is the perfect start for one of FIFA’s newest members and at this time it might be safe to say that Kosovo is sitting in the driver seat to gain promotion to Nations League C.

In simple English, the pressure is on Kosovo to hold on to the top spot of the group that contains Faroe Islands, Azerbaijan, and Malta.

The quest for Kosovo started in Baku with a scoreless draw against Azerbaijan. It was a disappointing result for the Azeris, but for Kosovo it was a valuable point.

Kosovo followed it up with a 2-0 victory over the Faroe Islands in Pristina and the home crowd was delighted to see its national team take another step towards something special.

As we all know, finishing top of the group doesn’t guarantee a spot in Euro 2020. But the group winners will qualify to the playoffs for a spot in the European Championship.

Next up for Kosovo is a home fixture with Malta on 11 October and the pressure will be immense to come away with an easy victory.

After all, Kosovo already left Baku with a point and was able to beat the Faroes with ease at home.

But we also know that anything can happen on the pitch.

Malta started Nations League with a 3-1 defeat away from home against the Faroe Islands and followed it up with a 1-1 draw at home with Azerbaijan.

Is it possible to say that Malta might be tough to beat because of the result with Azerbaijan?

Anyone can say it is possible that Malta might give Kosovo a tough match, but Kosovo will be too much for the Maltese national team to handle in Pristina.

Not only is Kosovo tough to beat at home, but this squad has benefited a lot from players that have changed allegiance from playing for other national teams in UEFA.

This article was published on nationsleaguefootball.wordpress.com

Previous articleNew undersea mega-project for the Faroe Islands
Next article“We shan’t give in to international pressure; dolphin hunts will not be outlawed,” proclaims Faroese government