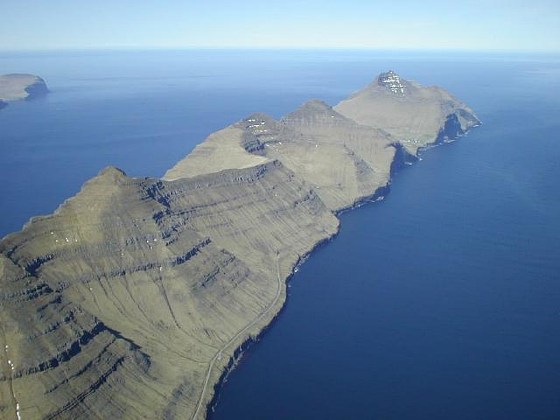 Tourism is booming in the Faroe Islands.

That includes the northern island of Kalsoy.

During the last four years, Kalsoy has experienced an unprecedented surge in visitation.

“A lot of Faroe Islanders pay a visit to the village of Mikladalur as they want to see the seal woman. Foreign tourists, on the other hand, go to the village of Trøllanes, and from there they hike to Kallur Lighthouse,” explains Oliver Thomsen, manager at Visit Kalsoy.

Mr. Thomsen adds that Kallur Lighthouse has become one of the most popular tourist destinations in the Faroe Islands.

“I think that Kallur Lighthouse has become even more popular than St. Magnus Cathedral (‘Kirkjubømúrurin’), which has been one of our most-visited attractions for many years.

Not surprisingly, July is the busiest tourism month. In July 2018, Kalsoy received 9.755 visitors.

11.631 people visited Kalsoy in July 2016. This was a monthly record high that still stands.

Kalsoy is an island in the north-east of the Faroe Islands between Eysturoy and Kunoy. The name means ‘man island’, by contrast with the parallel island to the east, Kunoy, the name of which means ‘woman island’.

Kalsoy like Svínoy and Fugloy is a comparatively isolated island, in that there are no bridge, tunnel or causeway links to it.

“Dubbed ‘the flute’ because of it’s thin shape and many road-tunnels, the island of Kalsoy offers truly astonishing views. With 13 peaks, 11 valleys, and four villages with a combined population of less than 150, this island is the perfect place to go exploring,” writes Visit Faroe Islands.

Kalsoy can be reached by ferry (Sam) from Klaksvík.