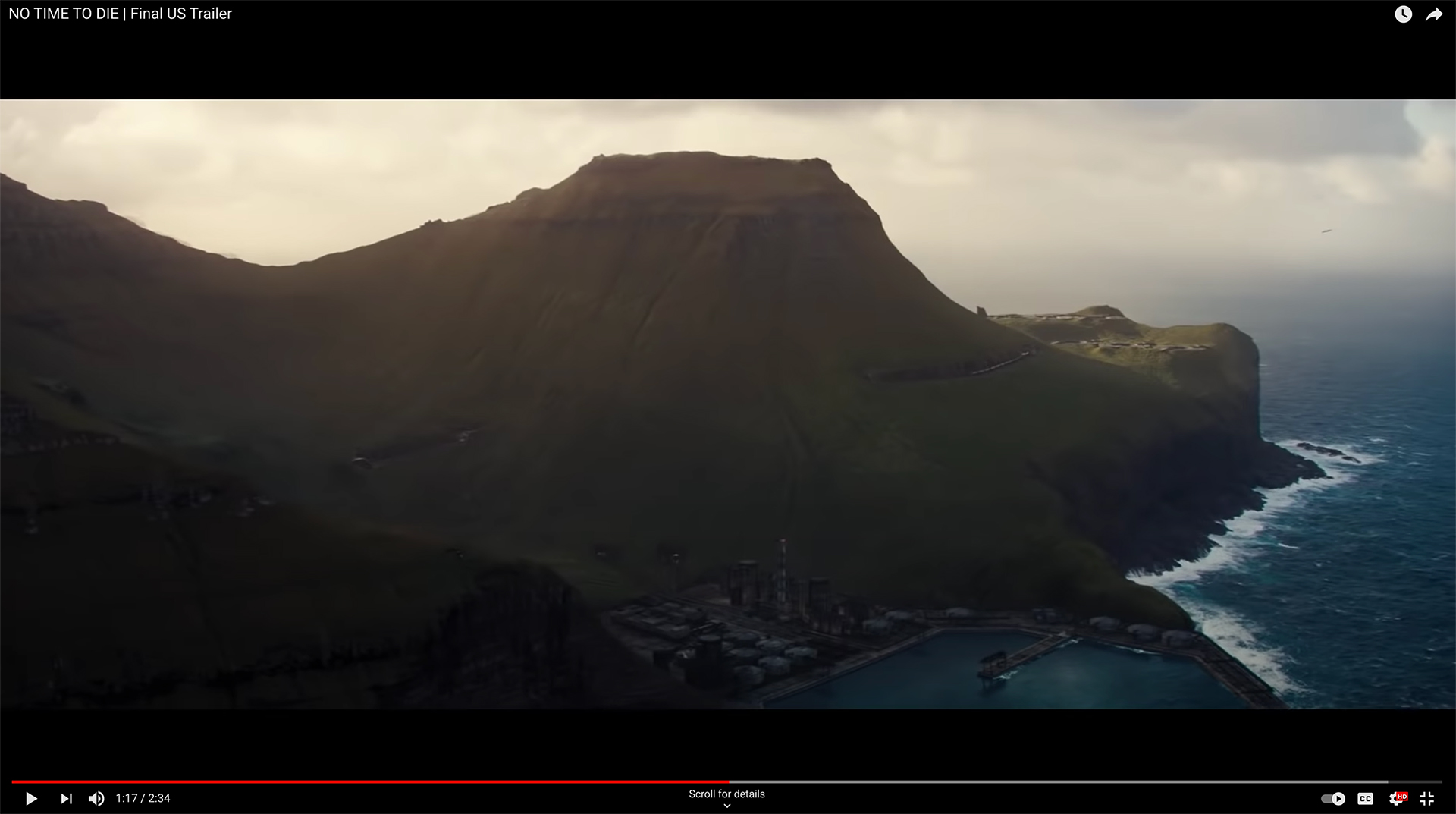 The newest James Bond movie, “No Time to Die” appears to include footage from the Faroe Islands — from the island of Kalsoy, specifically, shot in September 2019.

The 25th installment of the world-famous franchise fiction about the adventures of a British MI6 agent, was originally scheduled for release in November 2019, but due to the ongoing health crisis, the release has been postponed several times. As of right now, the premiere is scheduled for September 28th 2021, and the motion picture’s theatrical release will follow on September 30th in the United Kingdom and on October 8th in the United States.

In an earlier trailer released last year, a quick glimpse of the village of Trøllanes could be seen; and in the newly released final trailer, viewers are again treated to a brief glimpse of Kalsoy, with some adjustments — for two seconds.

The Kalsoy scene can be seen at one minute and 17 seconds in (trailer below).

Previous article
Time to get defensively solid: Faroe Islands v Denmark match preview
Next article
Faroe Islands 0-1 Denmark: An honorable defeat if ever there was one