HomeOpinionJust can't get enough of CouchSurfing. "CS has made me a richer...
Opinion

Just can’t get enough of CouchSurfing. “CS has made me a richer person in many ways,” claims cosmopolitan Faroe Islander

Faroe Islanders are mostly curious, hospitable and modern people, who are using all kinds of social networking services on the internet to communicate with others.

Even so, the hospitality-oriented platform “CouchSurfing” is still a relatively unknown concept among the islanders. Write “Faroe Islands” on CouchSurfing and a meagre 290 “local hosts” will appear, of which perhaps only 30 or so are active users.

As for me, I joined the CouchSurfing community last fall as I moved into my homemade bachelor’s apartment. My motivation was to get company and receive French and German speaking guests that I would invite to my high school classes (yes, you guessed it right, I am a high school teacher) as an inspiration to our learning experience.

Ever since my “CouchSurfing baptism of fire” last November – a Belgian traveler whom I met up with in my aunt’s café in a Tórshavn-based church, by the way (more on him later) – I became more courageous and jumped into it, so to speak.

My life immediately changed. My small Faroese micro-cosmos opened up to the great intercultural adventures that young backpackers brought with them.

Indeed, they have all been very helpful and made me rediscover the true beauty of my country. As a matter of fact, I actually feel that I have traveled around the world just by staying at home – oh, what a privilege.

Some have, perhaps understandably, asked me: “Naples, why are you hosting people for free?”.

To answer that question, I will do a short description of the 10 lovely guests I have hosted since November 2018:

1) Tom from the Flemish region of Belgium was my first “CouchSurfing experience”. I chose to host him when I saw him lending a helping hand in the church café (Ebenezer, Tórshavn). Tom could fit in everywhere with his smile and positive open-minded spirit. He was a tall 24-year old extreme sports teacher, who used the long winter periods for traveling around the world – without using any money.

As a gifted scout he helped me build a chicken house and garden for my family’s chicken and ducks. Like other couchsurfers, Tom followed me wherever I went and we even organized a potato harvesting party with my French classes. Our deal from the start was to speak French all the time, even if it was his second language after Dutch. He made a video from his stay, which is on Youtube :

2) Camille, a 28 year old cheese-making and violin-playing woman from Southern France, arrived in the Faroe Islands early spring through “Workaway”, another international hospitality service. She invited me to her international carpentry friends, who introduced me to the movement of “compagnons”. Camille came to my French classes, and I found out that we knew the same people from the traditional folk dance milieu in Southern France.

Oh goodness me, the world is such a small place!

3) Later that month, Germany entered with Sandra (28) from Stuttgart. We enjoyed her cozy company, and I took her with me to a German class, where the students learnt about the topic of this article. She helped me organize a cultural French evening.

4) In April, two lovely Swiss sisters, Tina (23) and Ariane (25), spontaneously dropped into my tiny apartment. I was actually busy preparing a friend’s wedding at the time, but Tina and Ariane were really sweet and cooked for me while I was doing this. They even attended the bachelor’s party and the wedding itself, where we had lots of fun long into the night. We spoke German, and I tried to understand their slightly different Swiss-German. Tina worked with insurances and Ariane was a nurse, and together they were traveling for two months before heading back to the Swiss mountains.

5) Geoffrey (28), with his 26 kilogram wilderness backpack, passed by and made me feel like I was in France again (I used to study in France while I was younger). Hydrobiology was his specialty. I recorded his voice for a chapter of a French novel, before he disappeared into the Faroese mountains, where he lived from all he could fish from the lakes and the sea.

This loooooong trip had only been interrupted by his brother’s wedding in France, and was affordable thanks to both CouchSurfing and lots of hitchhiking. We went out fishing with my rowing boat and got 63 fishes, of which we handed out the most of it to my neighbors in my street at midnight – since most Faroese seem to stay up late and do not lock their doors. One great thing Jérémie taught me was to make home made pizza. He also has a blog about his world tour : https://stammairlines.wordpress.com/

7) Then one fine day, not too long after, when I was half awake in my bed, a stranger entered my room, and I talked to him in French (only God knows why). I then woke up and found out, to my own amazement it has to be said, that I had had a traveler from London staying in my apartment over the weekend. This was on a Sunday afternoon.

Shamal was born and raised in this capital of this world and was working as a underground train engineer, where he had to plan 30 years into the future. Shamal was a very clever gentleman who asked me lots of questions about everything. As other couchsurfers, he followed me in my daily life, fed my chicken and went to the swimming pool with me – one of the coziest swimming pools in the entire world! Like Shamal said, “when in Rome, do as the Romans do”.

8 & 9: As with hitchhiking, the excitement of meeting new people creates a sort of dependency. Hence, I accepted two more couchsurfers, who stayed partly at the same time.

First up was Isabel (28), a cheerful world-tour-traveler from Germany and biology-and music teacher, who had met her true love in Alaska.

Then, a few days later, Karen (24), a charmingly still French student at Oxford University, who apparently had had the same teachers as me during her studies in Aix-en-Provence (Southern France), came into my world. Oh yes, the world surely is a small place! We did a lot of things together: we had joy, we had fun, we had seasons in the sun and we even invited my local friends over for breakfast and dinner. We had delicious whale meat and a rooster, whom I had known since he initially came out of the egg (see picture below) – and obviously the fish that we had caught ourselves in my very own small rowing boat.

It felt like having founded a utopian collective, and we had lots and lots of fun. Isabel told me, that as a woman she had mainly stayed with women, but since there were so few female hosts in the Faroes, she made an exception with me as she could see from my reviews (yes, I do have some) that I was probably not a highly dangerous person.

Last week, I then said goodbye to Isabel, who went back to Germany. I needed a break from hosting, so I changed my profile status, so that I would not receive the usual daily requests about staying at my place – but, who knows, I might be back online soon. I just can’t get enough of CouchSurfing, I guess.

Finally, there is a great need of living space in the Faroe Islands currently – for Faroese locals and foreigners alike. But perhaps we should learn from the old proverb, “When there is a room in our hearts, there is House-room”. At least, I have learnt that the couchsurfing experience is something that cannot be calculated in money, and it has certainly made me a richer person in many, many ways!

(Please note that CouchSurfing doesn’t have to be for hosting only, but also for so called “Meet Ups”, where you meet up with some of the interesting people that come into our country almost every day; I did this with a Mexican Rodrigo and a French Benjamin, who visited me at the high school “Glasir” in Tórshavn, as well as with two ethnologists, Emanuel (Switzerland) and Oliver (Denmark), who wanted to meet a local. Even though all of the aforementioned travelers were young at age, Couchsurfing has no age limits.)

Previous articleElection Day is here. Two-thirds of Faroese voters expected to troop to the polls
Next articleSocial Democrats and Unionists elected to Danish Parliament 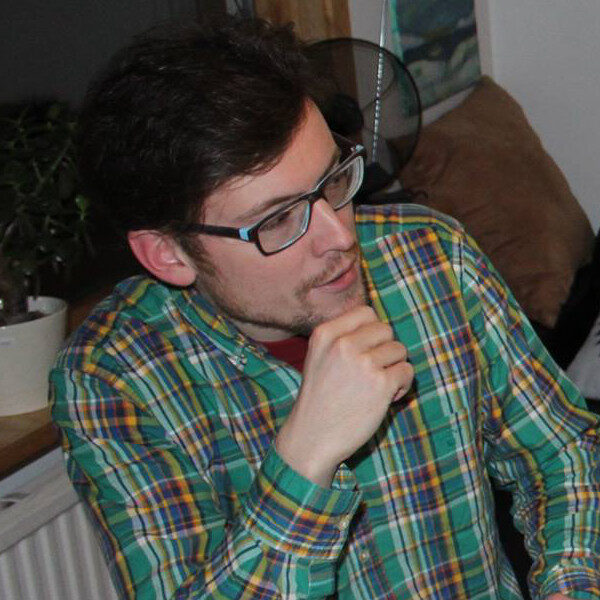