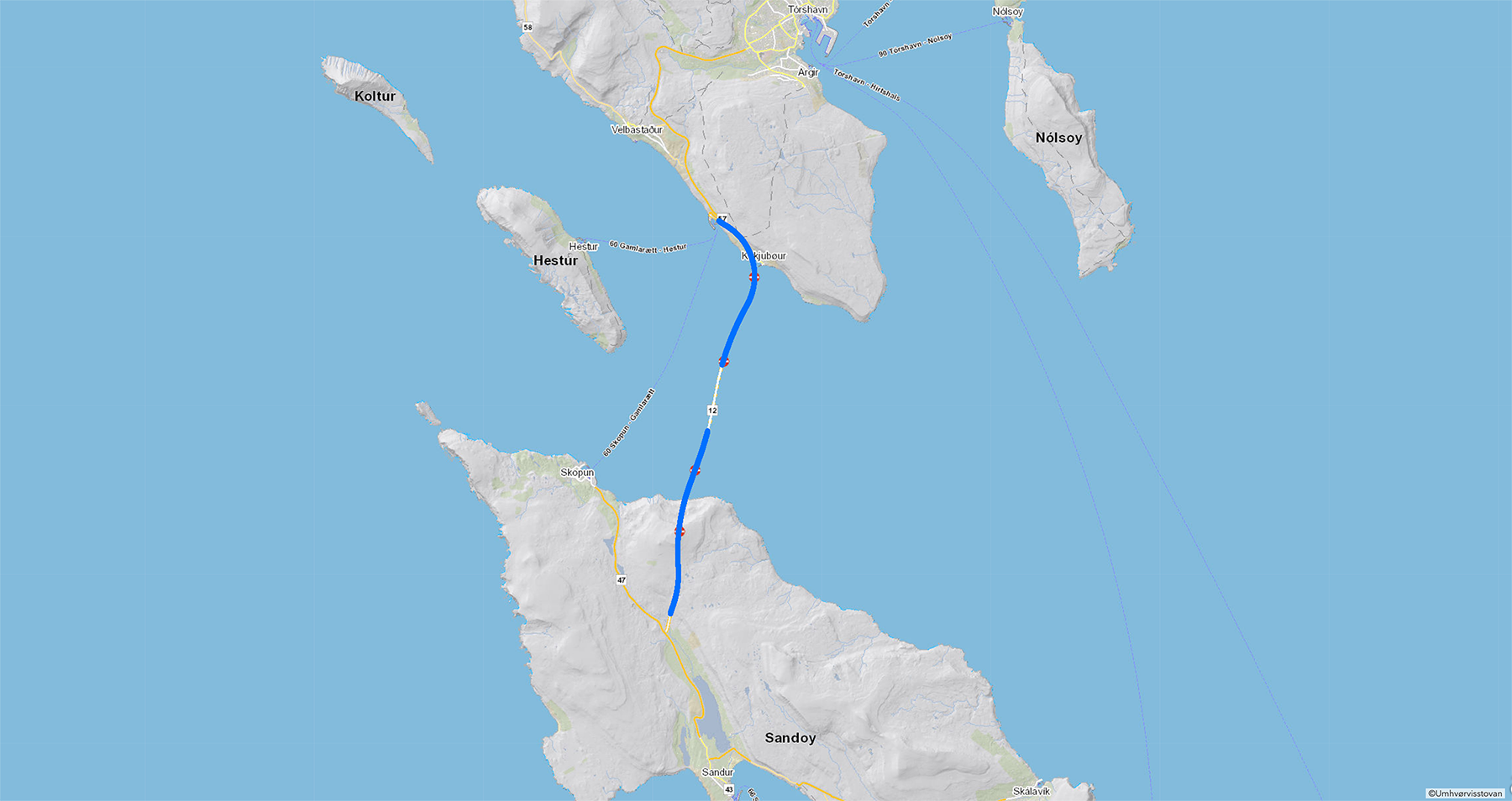 More than 9 kilometers have now been bored of the 10.7 km long undersea tunnel that will provide a fixed link between islands Streymoy and Sandoy.

Last week a total 77 meters were bored, according to tunnel company Eystur- og Sandoyartunlar, 60 m on the Sandoy side and 17 m on the Streymoy side, respectively.

On the Sandoy side a 4.8 km have been bored to date, whereas the corresponding number for the opposite side amounts to 4.2 km, we’re told. In other words, 9.04 km of the tunnel’s projected total length of 10.79 km have now been bored.

Work on the Sandoy Tunnel commenced in the summer of 2019 and the giant piece of infrastructure is scheduled to open to the public around December 2023, making it the Faroe Islands’ fourth undersea road tunnel.

As per official estimates, between 300 and 400 cars will be passing through the tunnel on a daily basis.