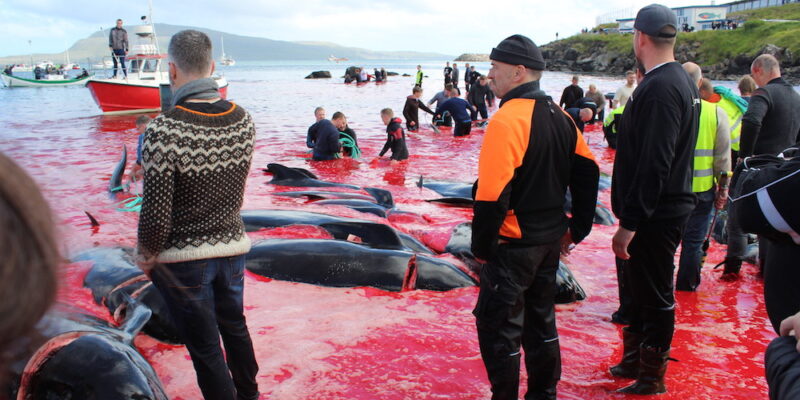 ”It (the killings) started at 14.36 and at 14.51 it was all over. I think it was around 50 whales,” said Midjord, adding that ”there were many people participating in the killings – both in the boats and on the beach.”

The small pod of whales will be shared between those who participated in the hunt. See pictures from the killings here.

So far this year, more than 200 pilot whales have been caught in the Faroe Islands.