It’s Olsen’s and Gregersen’s last goodbye to Tórsvøllur. Let’s send them off with a victory! (Faroe Islands v Malta Preview) 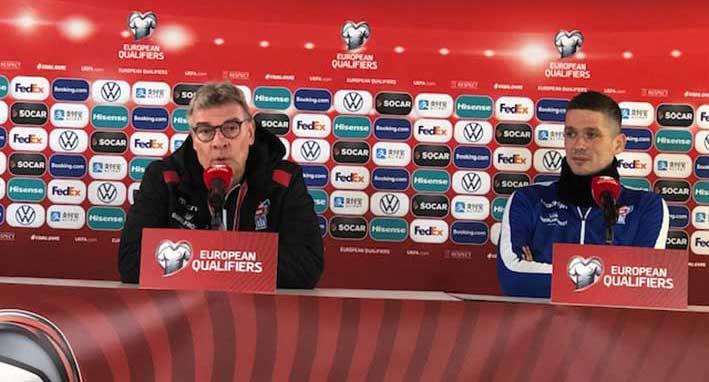 Uefa Euro 2020 qualifying group F, Matchday 8: Tuesday‘s contest against Malta sees the bottom-ranked sides of the group battle it out, with the Faroe Islands knowing that a defeat will see them finish last (due to head to head record making it impossible to overtake Malta).

With 2 tricky away ties coming up, nothing short of a victory will suffice for the Faroese side.

When the groups were released, this fixture always stuck out as the Faroe Islands‘ best chance of getting a win, against a nation currently ranked 179 in the world – 70 places below the Faroe Islands.

But nothing can be taken for granted. The reverse fixture is evidence of this: a shock 2-1 loss, which gave Malta there first competitive home victory in 12 years. And coincidentally, Faroe Islands‘ last victory came against Malta, a gruelling and long 13 matches and months ago.

Even more of an incentive to get that elusive first victory of 2019!

In regards to team news, Gilli Rólantsson Sørensen will be missing due to suspension. A very frustrating bit of news, as the Faroe Islands can never seem to get all there key men available to play together, which is crucial for any nation.

In preparation for the game, this correspondent spoke with talismanic striker Jóan Símun Edmundsson about his chances of starting this match, after only being fit enough to be a substitute against Romania.

“I hope to be ready, my knee is feeling okay and I am taking it one day at a time,” said Edmundsson.

He continued: “We are at home, and we need to give something back to the supporters, and we are not going to get a bigger chance.”

The match will also signify the end of an era, the last home matches for manager Lars Olsen and captain Atli Gregersen, and it would only be fitting to send two legends of Faroese football off with a victory.