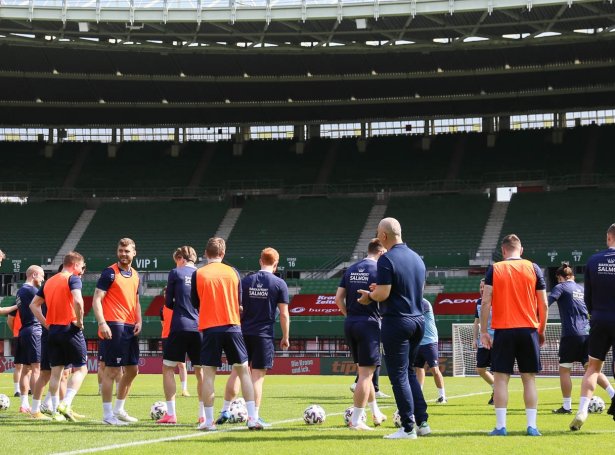 After Thursdays impressive 1-1 draw away to Moldova, the Faroe Islands national team will be aiming to extend their unbeaten run to 8 competitive matches when they travel to Austria tonight. A game that will be head coach Håkan Ericson’s most challenging to date and a true indicator of how far the national side have progressed over the last year.

Austria is currently ranked 23rd in the world (for context, the Faroe Islands are 107th at writing). And the Alpine nation has an array of elite footballers. Seeing a fisherman like Klæmint Olsen going up against recent Champions League winner David Alaba is why we all love international football!!

For any Faroese football fan, the mention of Austria always invokes the historic first-ever competitive victory for the Faroese Islands (a 1-0 win in 1990), which to this day is still one of the greatest footballing shocks of all time. An identical scoreline in Vienna would go some way in challenging that feat.

Unlike Ericsons other matches, Austria is expected to win this encounter, and the Faroese side won’t have the same attacking, high possession football we have become accustomed to watching. So, to get any positive results, a much more defensively strong setup will have to operate. Here is my starting 11: 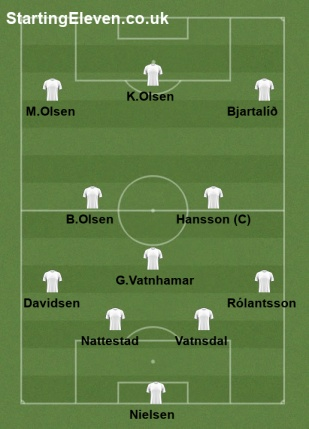 With the games coming thick and fast, I thought some fresh legs in the starting team would instil some vital energy. Heini Vatnsdal for Odmar Færø at centre-back looks like a likely enforced one, as the bearded defender limped off in the first half. Meinhard Olsen deserves a start after his equalising goal on Thursday, and two games in three days might be too much to ask of 34-year-old Solvi Vanthammer, especially in such a significant box to box role. I would also bring in Jóannes Bjartalíð for Jóan Símun Edmundsson, as his minutes need to be managed carefully considering his injury record and the fact that he has only played one game since October. I would also revert to a 4-3-3 come 4-5-1 formation when out of possession instead of the 4-4-2 displayed against Moldova. Austria has the talent to exploit the gaps much more effectively, meaning a disciplined and compact shape is needed.