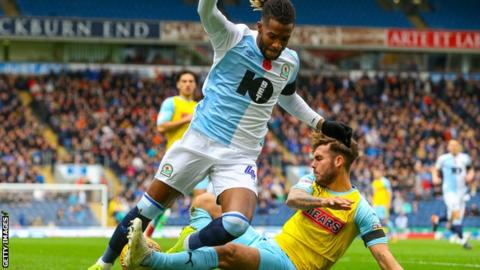 iFollow is a new online streaming service that is used to watch games from lower-tier categories in England, such as the Championship, League One and League Two.

The streaming service has delighted footballs fans all over the globe, including Faroese school teacher Heed who has supported Blackburn Rovers since 1992.

According to Heed, iFollow has brought him closer to the club he loves.

He told efl.com: “As a young, football-playing school kid who didn’t support Liverpool or Manchester Utd as everyone else did, it was rough. There wasn’t anyone else in my town of 1,700 people who supported the Rovers. Being the odd one out was kind of a catalyst of supporting them even more, as it made it more special to have your own thing. I remember that a Liverpool fan club was created for kids in schools, and roughly 900 kids joined!

Discovering iFollow has really brought me closer to the club. Being able to watch your heroes on a weekly basis has been a revelation. Now, us fans living abroad have a genuine chance of joining the discussion of who’s performing well, who’s exciting to watch etc. Instead of having to settle for a couple of matches a year, now it’s every week, and it’s absolutely brilliant. I wouldn´t give it up for the world.

Being a father of three and being a semi-professional musician, besides having my everyday job as a teacher, my matchday routine isn’t very noticeable. The day goes on as any normal day would; the only difference being that I wear a Rovers jersey! Whenever I meet people who support EFL Clubs, I always mention iFollow. I believe that it really has helped me rediscover my passion for the club and believe all football fans should have this opportunity.”