“I thought the plane was going to crash,” says shocked passenger after turbulent flight from hell 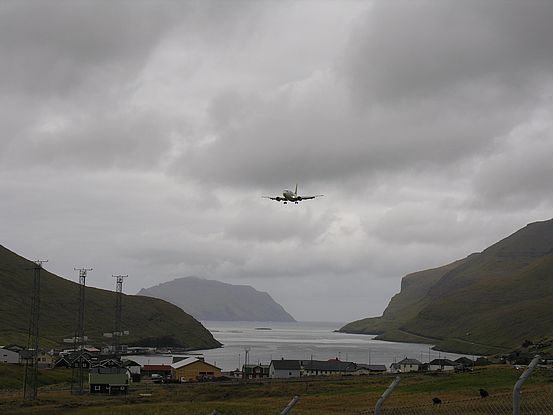 Passengers on an Atlantic Airways flight bound for Vágar Airport were in for a sickening surprise Friday, when rough winds caused severe turbulence.

A passenger has told Faroese news website VP that he thought the plane was going to crash.

The plane was approaching the airport when it was suddenly hit by powerful winds.

“I have flown a lot, but I have never experienced anything like this before”, the passenger told VP, adding:

“Some passengers, who were unbuckled, were sent flying. It felt like the captain lost control of the plane. It felt like he lost the orientation. After a couple of seconds, the plane made a near 90-degree climb. Some people were crying and screaming, while others were in a complete state of shock.

Flight attendants had to assist some passengers in putting their oxygen masks on. These passengers were already passed out.”

The Atlantic Airways captain eventually initiated a go-around and flew in circles for almost one hour, before he made another attempt to land. He warned passengers of heavy turbulence, and this second attempt at landing was allegedly as frightening as the first one.

“I cannot understand why the captain chose to subject the passengers to an incident like this, not just once but twice on the same flight. Incidents like this result in people skipping the Faroe Islands because they are too afraid of flying,” the passenger told VP.

Atlantic Airways has not yet commented on the incident.

Previous articleFaroe Islands working together with Nordic countries on joint bid to host the 2027 Women’s World Cup
Next articleVideo: Annika