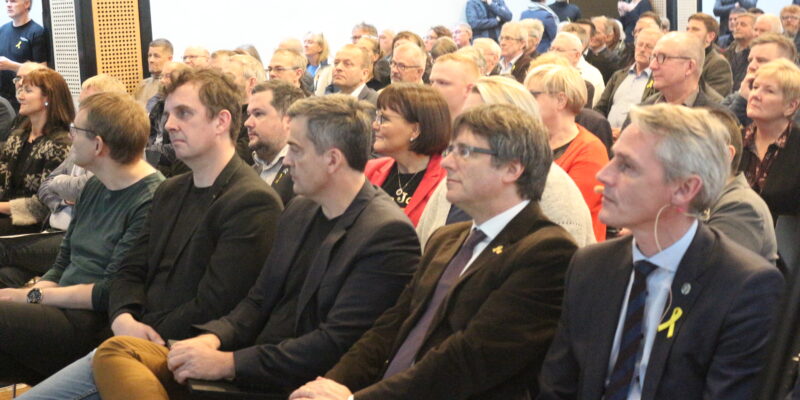 Spanish filmmaker Miguel Marin Hidalgo, who lived in the Faroe Islands for a few years in the 1970s, is less than impressed by Carles Puigdemont’s recent visit to the Faroes.

The outspoken Mr. Hidalgo is sad that the former Catalan president was welcomed to the North Atlantic archipelago.

“I am very sorry that one of the few places where this scammer has still been received and heard is the Faroe Islands,” he wrote in a Facebook post, adding: “Fortunately, that desperate visit has gone practically unnoticed in Spain.”

Mr. Puigdemont spent three days in the Faroe Islands, where he spoke at a conference on sovereignty and visited the Faroese parliament.

The ex-Catalan leader seemed to very happy about his stay in the Faroes and has seemingly encouraged people to visit the North Atlantic country.

He wrote in a tweet (loosely translated from Catalan – and Faroese – to English): “In the Faroe Islands I found a friendly and cultured country with one of the most spectacular landscapes in Europe. The Faroese solidarity towards Catalonia is extraordinary. If you have the opportunity, then visit the Faroe Islands. Thank you for your kindness. Thank You, Magni Arge.”

As for Mr. Hidalgo, he is well-known in the Faroes for producing five movies – including the well-liked “Rannvá” from 1975 – during his lengthy stay in the country in the 1970s.