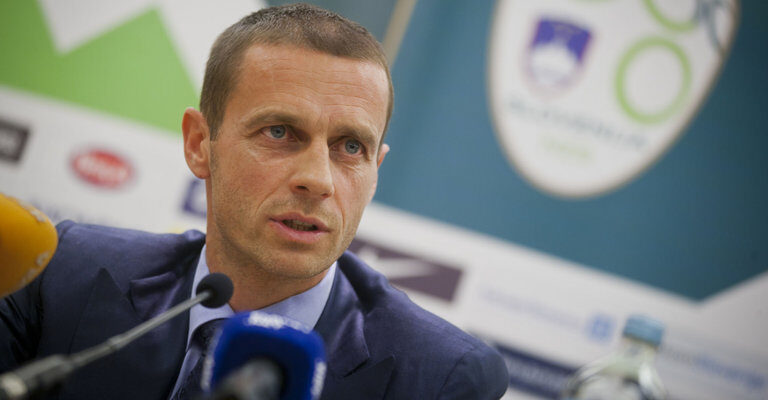 Mr Čeferin held talks with the President of the Faroe Islands Football Association (FSF), Christian Andreasen. Discussions focused on the crucial sporting and infrastructure help given to the Faroe Islands via the UEFA HatTrick assistance programme.

“I am delighted to be able to come to the Faroe Islands to see at first hand just how football is progressing there. The Faroe Islands Football Association is setting a fine example to Europe’s other smaller national associations with its intelligent, focused and diligent development work,” said Mr. Čeferin, according to UEFA.com.

He continued: “We are obviously happy to see that UEFA’s support through the HatTrick programme is bearing positive fruit, and I congratulate the Faroe Islands Football Association and its President Christian Andreasen on the quality of the work that they are undertaking on and off the field.”

Mr Andreasen went on to emphasise that football in the Faroe Islands is in a positive state.

“The focus is on player and club development,” Mr. Andreasen said. “We see these as key areas in our strategy. At the same time, we are rebuilding our (national) stadium, well supported by UEFA HatTrick, and ensuring that we will have the best possible conditions for our teams, media and supporters in the future.”