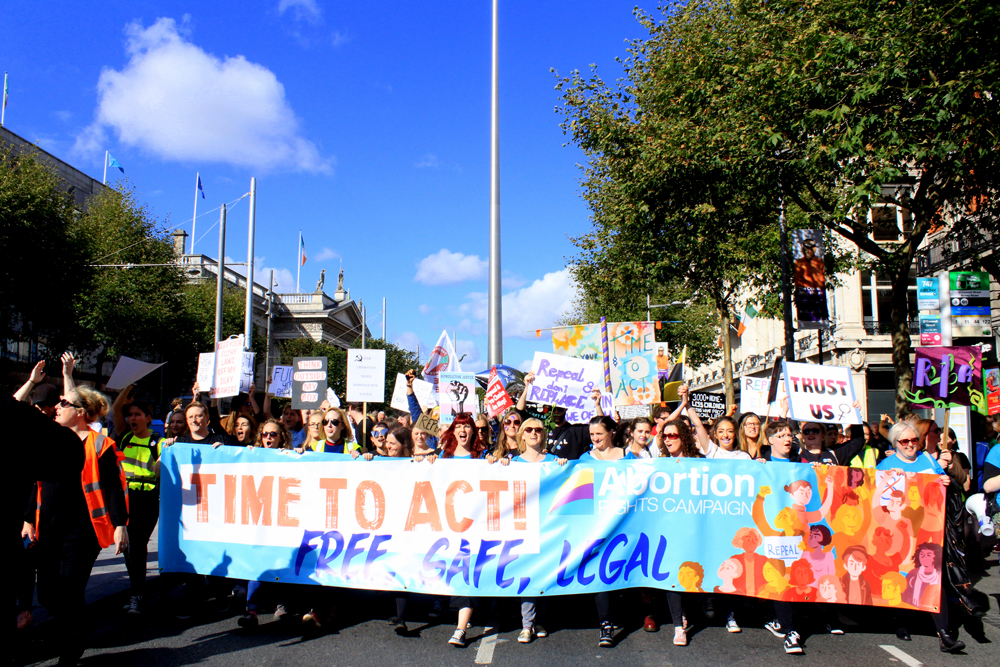 Hundreds of people in the Faroe Islands have already signed the petition.

The organization argues that…

– We should liberalize the abortion laws in the Faroe Islands as we think that all women should be equal before the law when it comes to abortions. Women have control over their own bodies. Hence, they must have to right to decide for themselves whether they are having an abortion or not.

– It must be up to them themselves – not to politicians, doctors or experts – to decide whether to carry out an abortion or not. All women in the Faroe Islands should have the same opportunity to control their own bodies and to decide what their future should look like, the organization states according to Faroese webpage Snotra.fo.

The organization does not think that the Faroese government should seek to solve the matter in the same way as Ireland has done – referring to this week’s announcement that Ireland will hold a referendum in May on whether to repeal its constitutional ban on abortion.

”Pro Choice – Pro Abortion” argues that the Faroese parliament should change the abortion laws without holding a referendum.

– As a movement we do not think it is okay that the entire Faroese population takes part in deciding whether we control our own bodies or not, the organization states.

In 1983 67% of the Irish voters had endorsed a constitutional amendment that, in effect, banned abortion entirely, even in cases of rape, incest and fetal abnormality so severe that the baby could not live—and even when a termination was essential to save the woman’s life, the Economist explains.

Abortion in Ireland had already been illegal for more than a century, but anti-abortion activists had wanted a constitutional ban for fear that the law might in future be relaxed. Thirty-five years later not only is Leo Varadkar, the prime minister and leader of the centre-right Fine Gael party, recommending a repeal, he is also campaigning for abortion to be legal up to the 12th week of pregnancy.

Polls suggest that 60% of the Irish population, and a clear majority of parliamentarians, will vote to scrap the anti-abortion amendment, the constitution’s eighth, according to The Economist. Previous article
Srikanya’s road from Kolkata to Sirkus Föroyar: I consider myself an Indian-Faroese now
Next article
Sirkus Föroyar manager: It makes me very happy every time a new place opens