House in Nólsoy burnt to the ground 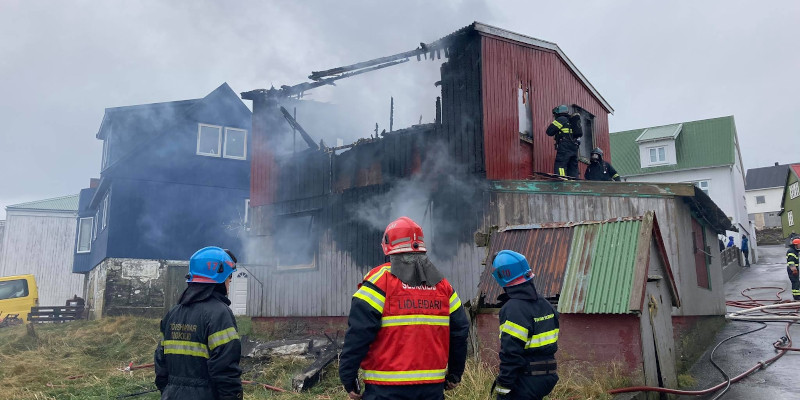 Not much is left of the house, which caught fire at noon on Monday.

Firefighters from both Nólsoy and Tórshavn were sent out immediately. Firefighters were transported from Tórshavn to Nólsoy with the rescue vessel Rescue Lív, while the firetrucks were brought over on the ferry Ternan.

It was a huge fire, but the owner of the house got out unharmed. However, he was moved to the National Hospital to be tested for asphyxiation.

The premises were examined on Tuesday to determine the cause of the fire.