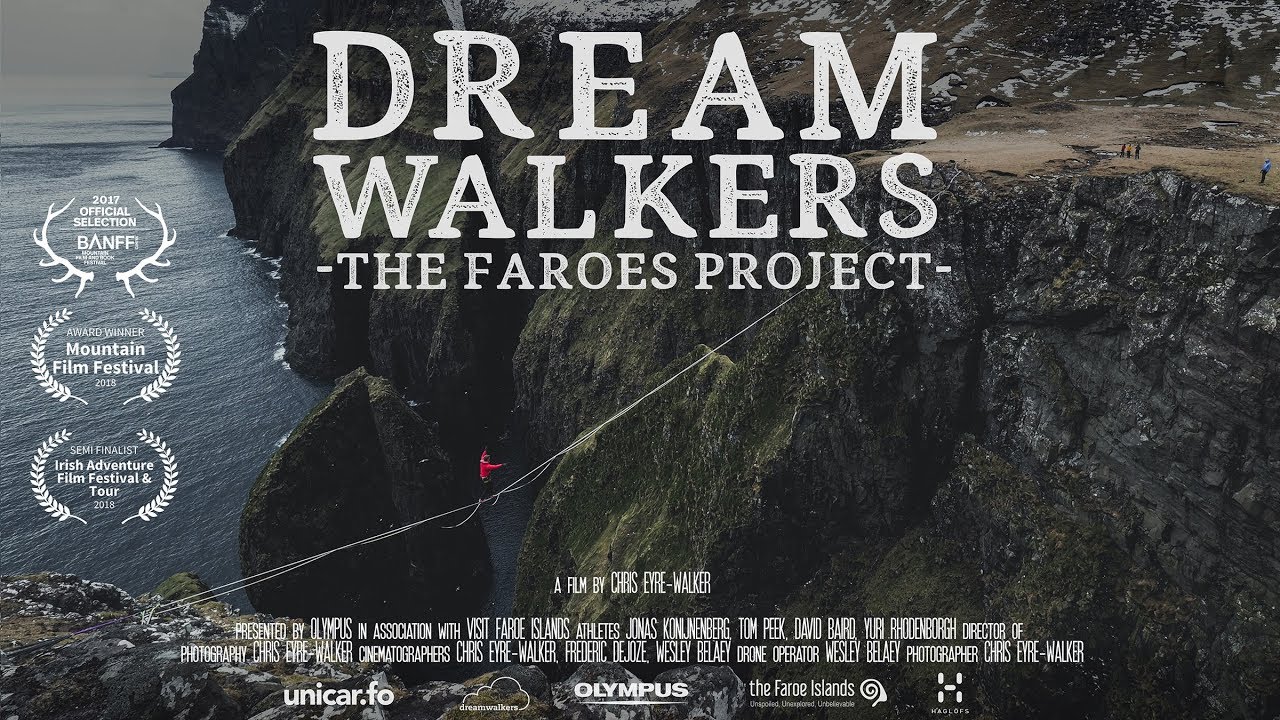 About a year ago, four friends from the Netherlands decided to embark on their wildest adventure. They wanted to be the first ever to highline in the Faroe Islands. This autumn, a documentary that follows their quest will be premiered at adventure film festivals worldwide.

Highlining is an extreme sport in which athletes traverse a narrow, springy band of flat rope suspended high above the ground. The athletes balance using their arms and walk on a type of rope known as tubular nylon webbing, which is hollow like a straw, much stretchier than steel cable and has much more sag. This flexibility causes the line to swing and bounce when walked upon.

One of the highliners, Tom Peek, said they chose the Faroe Islands because it provided a new landscape, culture and environment for highlining.

“The Faroe Islands was the most rugged, remote and adventurous place we could think of!” said Tom. “We wanted to go somewhere where we could establish new highlines. We saw some photos of Trælanípa and it seemed like the perfect place to highline.”

Even though the athletes wear safety harnesses tethered to the rope, highlining can still be quite dangerous. A fall near the starting point could send you swinging back into the rock, while a tumble midline could cause the rope to fail if it is not set up properly. The highliners walked across lines at four different locations in the Faroe Islands. One line, at Trælanípa, was 215m long, which is the longest any of the highliners have walked.

Tom, who is also an environmental scientist, said: “Once you’re out on a line, it does something to you and it stays with you for a while. You get so aware of your body, your surroundings, your breathing, the sounds of nature, that you feel naturally high for a while afterwards. It’s great.”

Tom and his friends knew they wanted to document their adventure with the aim of inspiring others. A trailer was recently released, and the 30-minute documentary film, titled “Dreamwalkers – The Faroes Project”, has been sent to various adventure film festivals around the world. Once these festivals have screened the film, it will be made public on YouTube.

Chris Eyre-Walker, a photographer and filmmaker from Belgium, shot the film with two assistants: “It was a great challenge to film the highlining in the Faroe Islands because the weather conditions were quite rough. We got blown away by the wind a few times, but we managed to get some amazing footage. Probably some the best footage of highlining ever created. We’re so pleased with the end result and can’t wait to show the film to everyone.”