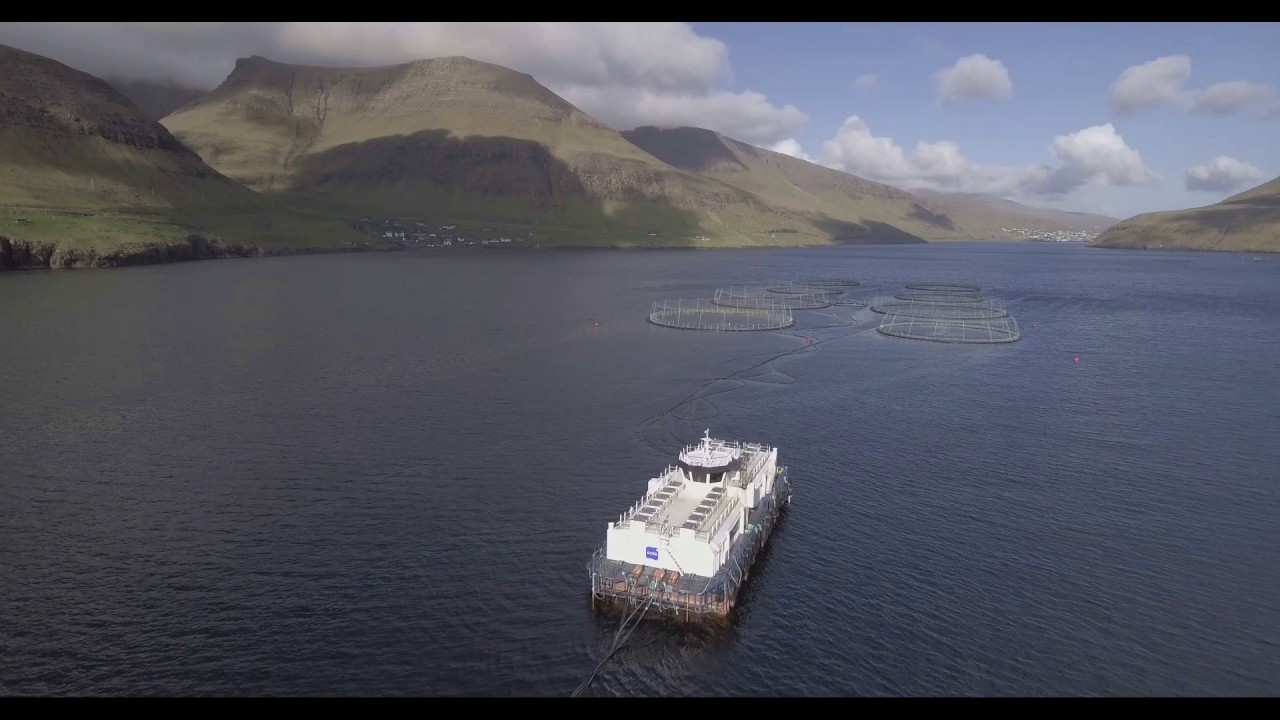 HiddenFjord, one of the three players in the Faroese aquaculture business, is generally known as the most innovative, with the strongest brand of farmed Atlantic salmon—widely recognized as world leader in its field.

With a hard-earned reputation as provider of the world’s finest farmed salmon, HiddenFjord has helped transform the Faroese aquaculture industry by introducing new operating principles for product quality and profitability. Under the management of co-owner and CEO Atli Gregersen, HiddenFjord has likewise spearheaded legal and regulatory toughening by way of recommending and coordinating efforts to improve environmental protection and boost disease prevention.

Back in the 1990s, things looked different. Among fish farming nations involved in the export of Atlantic salmon, the Faroe Islands would be ranked lowest in terms of expertise and quality, behind Norway, Scotland, Chile and Canada. Today the opposite holds true—the Faroese are ranked at the very top, fetching the highest average price for their salmon.

“Today the Faroe Islands has become a real buzzword in the business— everybody is looking at the Faroese success story,” Mr. Gregersen noted.

In the early 2000s the industry anticipated the arrival of Infectious Salmon Anaemia (ISA) and acted swiftly. The viral disease was already affecting the aquaculture industries of Norway, Scotland, Canada and Chile, causing severe losses. In conjunction with their government, Faroese fish farmers took stringent measures to prevent ISA from taking hold this time around—and as it turns out it paid off. An ‘All-in/All-out’ concept was introduced, with a minimum suspension period of two months for all fish farming activities in any given farming locality following harvesting. Later, new regulation was added with the specific purpose to combat sea lice.

“The industry has worked very diligently to tackle these issues,” Mr. Gregersen said. “We’ve have had a high degree of coordination and integration in working together to take joint approaches to shared challenges.”

One of the strategies to minimize the exposure of farmed salmon to sea lice, developed by HiddenFjord since 2010—and today implemented throughout the Faroese aquaculture industry—is to grow juvenile fish to a maximum size before releasing them into the on-growing pens at sea. To accomplish this, the onshore hatcheries a.k.a. smolt stations have been developed significantly. All three industry players today, following Hidden­Fjord’s lead, have embarked on building sophisticated, high-capacity smolt stations.

The standard production cycle in 2010 was 22 months from release into sea at 10-month age, weight 80-100 grams, to harvesting. This cycle has been brought down to a time span of 14 months in 2017 figures, with the weight at the point of introduction to sea increased to about 400g.

HiddenFjord today ships whole fresh salmon to Russia, US and Asia and pre-rigor frozen fillets to mostly China and other Asian markets, where the products are defrosted and sold as fresh.

Famed for their pioneering spirit and uncompromising quest for producing the very best, HiddenFjord traces its origin back to the whitefish business of the early 20th century, in the village of Gøta, where Mr. Gregersen’s grandfather, Joen Pauli Gregersen together with others founded Fiskavirkið, later to become a family-owned business under the leadership of his son, Oddfríður Gregersen, Atli Gregersen’s father. When Oddfríður retired, his three sons—Atli, Páll and Regin—took charge of the enterprise, which was later split along the two main focus areas of wild-caught whitefish and farmed salmon, respectively. The fish farming entity, named Luna, was run by Atli and Regin, while Páll would take care of Fiskavirkið.

Luna’s HiddenFjord brand, created in 2011, has proved a stunning success in the world of Atlantic salmon.

“Our business model is much about constantly innovating and taking new steps to increase quality, while at the same time preserving and protecting the pristine Faroese farming environment,” Mr. Gregersen said.

In recent years, the aquaculture business has grown rapidly in the Faroe Islands. Out of the country’s total export value of about 8.6 billion, in 2017 figures, farmed salmon products represented almost one-half, around 3.9B dkk.

“The Faroe Islands is the natural home of the Atlantic salmon,” Mr. Gregersen added. “The ocean temperature and feeding grounds make for the best conditions for salmon farming.”

Previous articleHistoric fishing boats from the Faroe Islands to visit Shetland as part of celebrations to mark the centenary of the Faroese flag
Next articlePictures: Tórshavn Marathon 2019