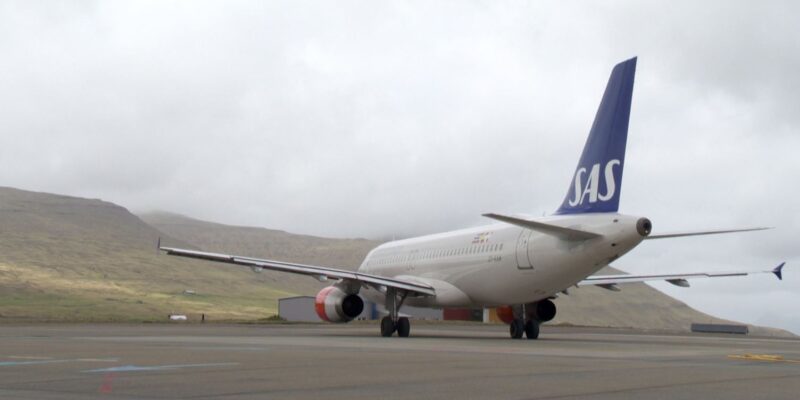 Hibernian FC won the first leg game 6-1 and are also expected to win the game tonight and, hence, progress to the Europa League second qualifying round.

However, a host of Hibernian fans are set to miss out on watching their team playing in their Europa League qualifier after their SAS flight turned back to Copenhagen, reports Edinburgh News.

The SAS flight, which left Copenhagen at 12.20 took off 15 minutes late but turned back just before arrival meaning that Hibernian fans were in the air for over 4 hours, writes Edinburgh News.

Flight SAS 17777 landed back in Copenhagen at 16:45, while other flights that left after – Atlantic Airways flights, that is – made it on time.

Kat Donaldson wrote on Twitter: “£750 on flights to go see @HibsOfficial and the pilots circled Faroes’ then decided to take us back to Copenhagen. Faaaab.”

It has been very foggy and rainy in the Faroe Islands today – as is very common in this part of the world in July.

Several Atlantic Airways-airplanes were not able to land as usual due to the foggy conditions and circled around the Faroe Islands waiting for the fog to clear out.

The Atlantic Airways flight from Copenhagen had to make a detour to Bergen after one hour of circling around the Faroes before returning and circling around for another hour before it was finally able to land safely.

Meanwhile, SAS cancelled its flight from Copenhagen to the Faroes last Friday.

Kvf.fo reported last week that ”of the 600 scheduled flights on the (SAS) Faroe Islands route in 2018, 25 have been either cancelled or delayed.”

Many passengers have been inconvenienced by irregularities in SAS’ flights. A recent example is a cancellation due to dense fog at the airport when Tórshavn-based football club B36 was due to travel to Gibraltar for its Europa League game in June.

Vágar Airport recently installed an RNP system, and Atlantic Airways has its own. But SAS is still awaiting approval from the Danish Transport Authority to use the airport’s system, wrote Kvf.fo.