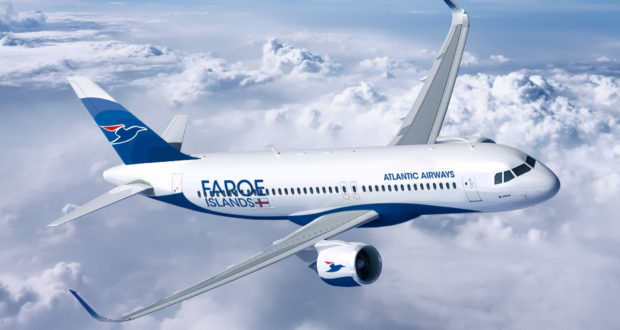 Atlantic Airways, the national airline of the Faroe Islands, is celebrating its 30th birthday this month. How time flies.

It feels like only yesterday that the first Atlantic Airways flight, a British Aerospace BAe 146, took off from Vágar Airport in Sørvágur to Kastrup Airport in Copenhagen on 28 March 1988. In that time, Danish carrier Maersk Air was the only airline to move passengers back and forth between the Faroe Islands and the outside world. Calls for a Faroese airline company started in the early 1980s, and in 1987, the Faroese government established Atlantic Airways.

Much has happened since that historic day 30 years ago. Today, Atlantic Airways has 180 full-time employees and will fly to 12 different destinations in 2018. The airline company also provides charter flights, operates a scheduled helicopter route connecting the islands and is on hand to provide emergency assistance by helicopter when called upon.

Jóhanna á Bergi, who became the first female CEO of a Nordic airline when she took over the reins at Atlantic Airways in 2015, is humbled by the opportunity to celebrate the airline’s 30th birthday.

She says: “It is with great humility that we celebrate 30 years on Faroese wings. We are grateful to all Faroe Islanders because they are the foundation of our work. There would be no Atlantic Airways without faithful customers and good employees. It is with great perseverance that we continue to serve the Faroese people and carry on being Faroe Islanders’ first choice when they choose to travel to and from the Faroe Islands.”

Atlantic Airways owns two passenger airplanes and two helicopters and currently leases one additional passenger airplane. All these aircrafts have been purchased or leased in recent years, making Atlantic Airways’ fleet one of the youngest in the world. All aircrafts are equipped with RNP AR 0.1, one of the most precise satellite-assisted Performances-Based Navigation approaches. This equipment enables the aircrafts to achieve greater operational reliability in low clouds and turbulence, which in turn means that Atlantic Airways can provide 99.8% regularity on all flights.

Jóhanna adds: “Our primary goal is to connect the Faroe Islands closer to the outside world and to make the Faroe Islands accessible. We also connect many of our country’s islands and provide assurance and security to a host of people across the country. Atlantic Airways strives to be a world-class airline company that places the Faroe Islands at the centre of all its activity. We are an air bridge and a lifeline.”

We wish Atlantic Airways a happy birthday and prosperous future.