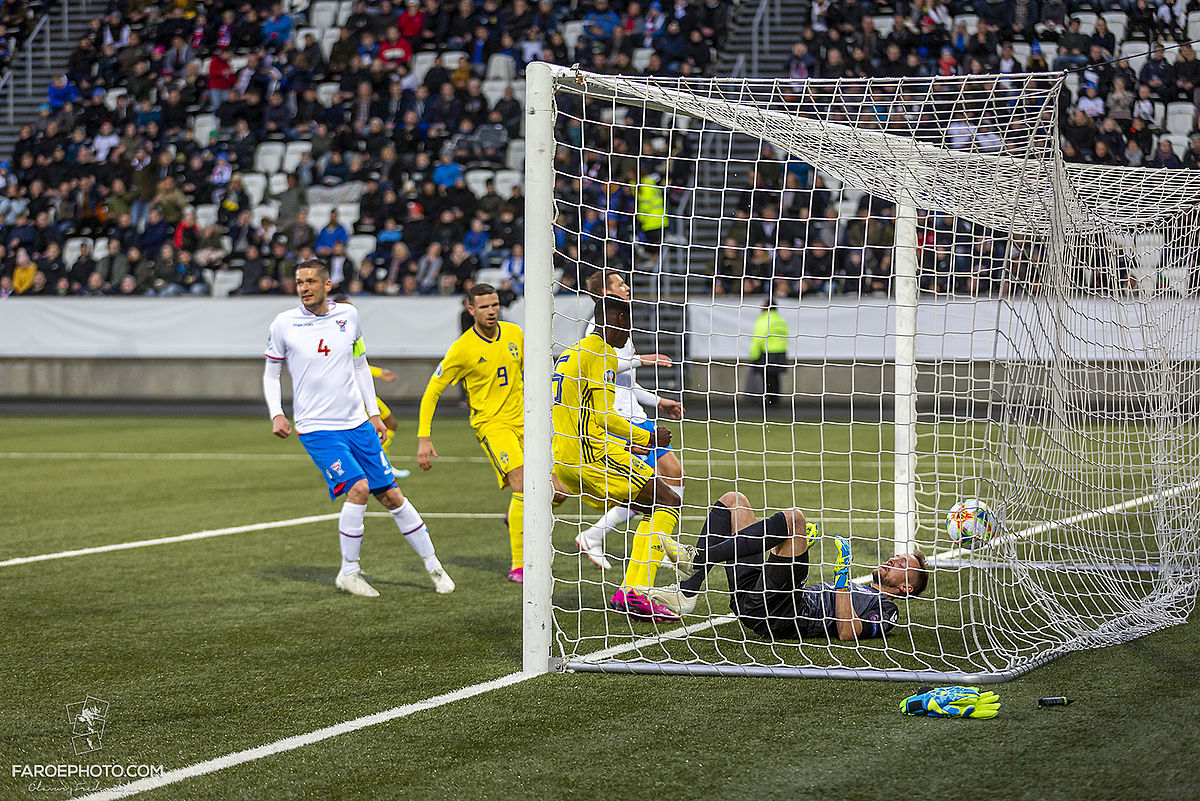 Sweden were good, but the North Atlantic minnows arguably played their worst match in six years (dating back to 6-0 defeat to Austria on 22 March 2013).

Quite a few Faroe Islanders had a game to forget, including stopgap centre-back Rógvi Baldvinsson who was culpable in the first goal of the night scored by Alexander Isak.

Baldvinsson also should have done better for the third goal, but goalkeeper Gunnar Nielsen was beaten far too easily at his near post by Victor Lindelöf.

Nielsen, who was perhaps rushed back from injury too quickly, did not exactly cover himself in glory for Sweden‘s fourth of the night, either.

Meanwhile, central midfielder Brandur Hendriksson Olsen was at fault for Sweden’s second goal when he lost the ball carelessly in a dangerous position, while left-back Viljormur Davidsen once again allowed far too many crosses.

Next up, Spain away on Sunday!