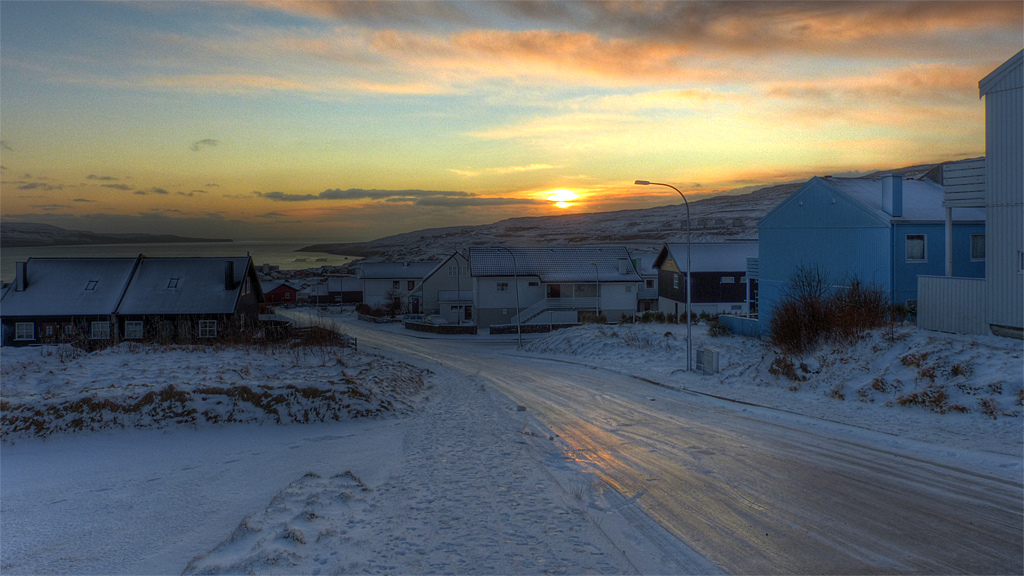 A guide to a typical Christmas in the Faroe Islands. So how do the Faroese celebrate Christmas?

Please note that not everyone celebrates Christmas in the Faroe Islands in the same way. This description of a typical Faroese Christmas is put together using the most common traditions and practices.

24 December: Christmas Eve
It all starts on the morning of December 24th. By then, families have stocked up on enough food to feed an army and the men have completed their Christmas shopping the previous day, just in time before the shops have closed. Children wake up early, eager for the day to pass by quickly so they can open their gifts in the evening. Some children will get to open one or two gifts in the morning, making their gift-pestering slightly less maddening for their parents as the children then become a little more occupied throughout the day. Parents will spend the day preparing the evening’s dinner and ironing their fancy Christmas attire.

In late afternoon, some people will make their way to church. After about an hour at church, people will return home to eat dinner. It is common for many people in each family to gather for Christmas Eve. Grandparents, aunts, uncles and cousins will often come together to eat dinner and open presents.

The menu varies greatly from house to house. It used to be commonplace for families to eat fermented fish on Christmas Eve, usually at 2pm. In modern times, however, duck, goose, fermented mutton and roasted lamb ribs have been added to the menu, which varies greatly from house to house. Duck is considered an imported tradition from Denmark, whereas the other dishes are seen as traditional Faroese.

After dinner, dishes are washed and the excitement of opening the presents reaches its climax. That dreadful hour or so must be considered the longest of the year for every Faroese child as they eagerly await the highlight of their Christmas.

Normally, the presents are opened one by one, allowing enough time for everyone to appreciate each gift. Faroe Islanders are known to buy too many rather than too few gifts, and the fact that many Faroese children have godfathers and godmothers means they don’t just get presents from members of their immediate family.

When the gift-wrapping is gathered and put in the bin and the children are tucked into bed, the adults will enjoy a cup of coffee or tea and something sweet – and perhaps a beer or two – before tucking themselves in under thick winter duvets.

25 December: Christmas Day
Parents ‘lucky’ enough to not have new-borns or toddlers that wake up at the break of dawn regardless of occasion are fortunate to get a lie-in on Christmas Day. Children will spend the day playing with their new toys and parents will relax in various ways, reading their new book or testing their new nose-hair trimmer. The day is spent with family. Before long, though, parents will start preparing the evening’s dinner.

At noon, most people will go to church – either a Lutheran church, which is the state church of the Faroe Islands, or one of the many other churches with denominations of all sorts. At no other time throughout the year are churches in the Faroe Islands as full as on Christmas Day.

Christmas lunch is normally held after church and consists of one of the aforementioned dishes. Christmas Day is usually a quiet day where families spend time with one another, relaxing and enjoying each other’s company.