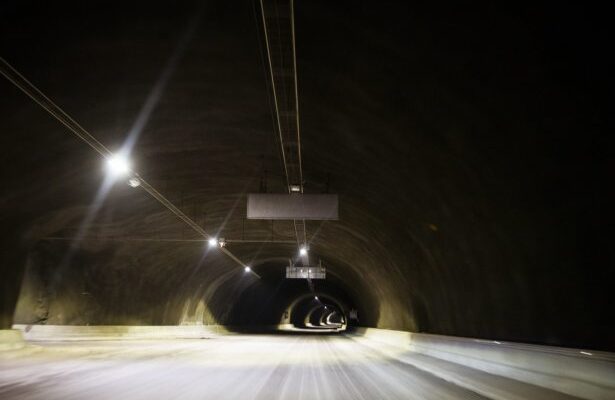 Eysturoyartunnilin (‘The Eysturoy Tunnel’) — the giant subsea tunnel connecting the Faroese capital Tórshavn to two points on the island of Eysturoy — will likely be opened for public traffic already on December 19th, ahead of schedule.

With the inauguration originally scheduled for early 2021, tunnel operator Eysturoyar- og Sandoyartunnil Pf is now, however, hoping for an early opening already on December 19th, according to public broadcaster Kringvarp Føroya.

According to a news piece aired earlier today, the operator is looking to conduct a test run of technical support equipment on December 17th with emergency services involved. Depending on the result of the test run, a final decision is expected on whether or not to open the subsea tunnel to the public before Christmas.

Work on the 11.2 kilometer infrastructure wonder, which features an undersea roundabout, has largely been progressing smoothly since construction began in 2016, with contractor NCC celebrating breakthrough in the tunnel’s main branch back in June 2020.

The fixed link — between Hvítanes near Tórshavn and the two communities of Saltnes near Runavík and Strendur on the opposite arm of the Skálafjørður fjord — will significantly cut journey times between the capital and many locations on Eysturoy and the Northern Isles.