As Gaza had its bloodiest day in years yesterday, Mr. Lipkin told Faroe Islanders that “Israel loves everybody, including the Arabs” 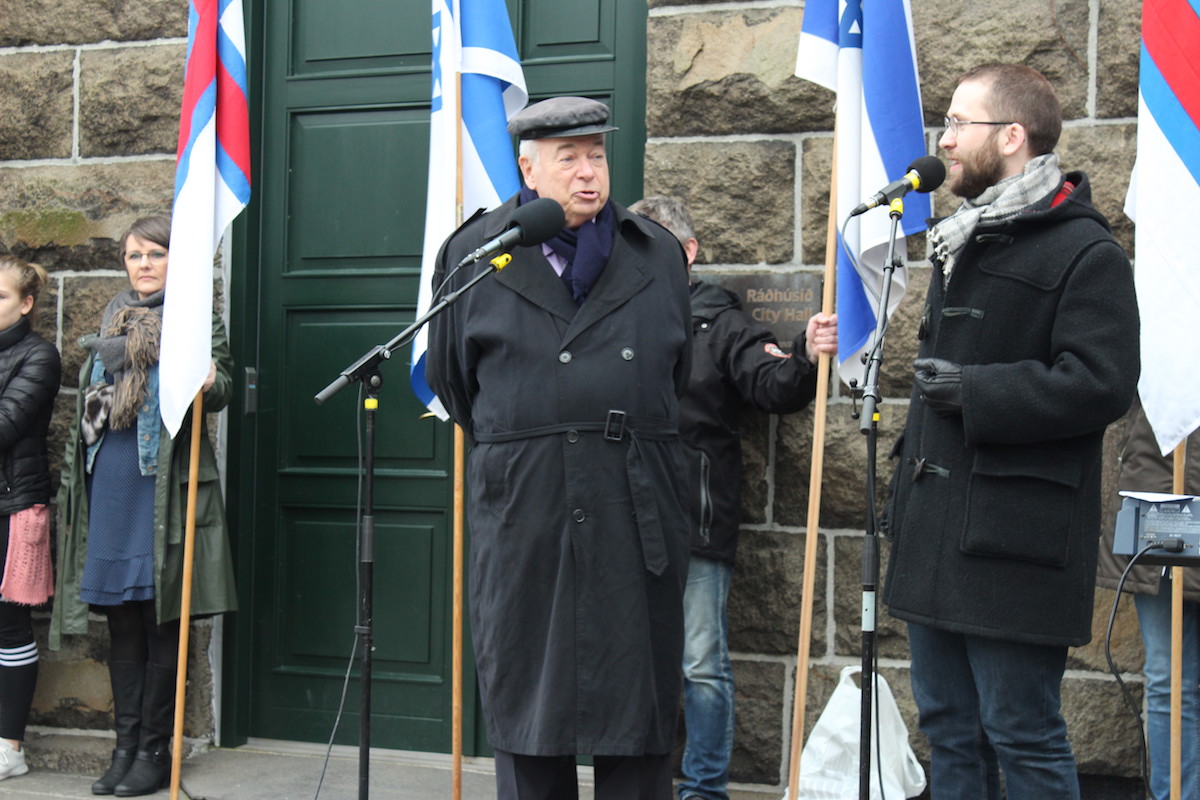 Gaza had its bloodiest day in years yesterday after Israeli forces shot and killed 55 Palestinians and wounded at least 1.200 as tens of thousands protested along the frontier against the opening of the US embassy in Jerusalem, writes British newspaper The Guardian.

In a cozy atmosphere at ”Vaglið” in downtown Tórshavn, people gathered for the ”celebration of freedom” event, which included free coffee and layer cake for all.

There was no room for mentioning the events in Gaza at the event.

Israeli politician Mr. Avi Lipkin gave a speech where he celebrated Israel’s peace agreements with Egypt and Jordan, and he also spoke highly of Israel’s custom to treat Palestinians in their hospitals.

”Israel loves everybody, including the Arabs”, Lipkin said, adding that “Israel is a great country to live in and that even Palestinians prefer to live in Israel instead of living under people like Hamas and PLO.”

The ”celebration of freedom” event was organized by people from various religious communities in the Faroe Islands.

Back in Israel, Israel has portrayed the protests as a terrorist ploy by Hamas. Naftali Bennett, Israel’s education minister, told Israel Radio that anyone who approached the fence would be considered a terrorist. A foreign ministry spokesman labelled protesters “murderous rioters”, writes the Guardian.

Israeli Prime Minister Benjamin Netanyahu has defended the use of force on the Gaza border.

”Every country has the obligation to defend its borders,” Netanyahu said on Twitter, as quoted by British newspaper Daily Mail.

Netanyahu added: ”The Hamas terror organization declares its intention to destroy Israel and send thousands to break through the border fence in order to achieve this aim. We will continue to act firmly in order to defend our sovereignty and our citizens.”

Until this week, no Israeli had been harmed since protests (against Trump’s decision to move the American embassy to Jerusalem) began on 30 March. An IDF spokesman, Lt Col Jonathan Conricus, said one soldier had been “slightly wounded by shrapnel” on Monday but he did not have details on the source of the injury, adds The Guardian.