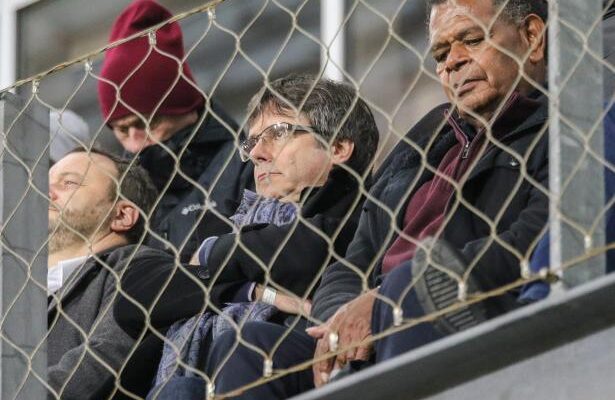 Mr. Puigdemont arrived in the Faroe Islands yesterday ahead of a conference on national sovereignty held by Tjóðveldi (the Faroese Republican Party) and spent the day visiting the Faroese parliament, where he greeted Mr. Speaker Páll á Reynatúgvu.

He also paid a visit to Tórshavn‘s City Council, where he met with the mayor of Tórshavn Ms. Annika Olsen.

Later on in the evening, Mr. Arge, who invited Carles Puigdemont to the Faroe Islands earlier this year, took the Catalan to a UEFA Nations League game between the Faroes and Azerbaijan at Tórsvøllur Stadium.

Unfortunately, from a Faroese point of view, Azerbaijan won the game 3-0.

The conference on national sovereignty will take place in The Nordic House at 1.15 p.m. today.