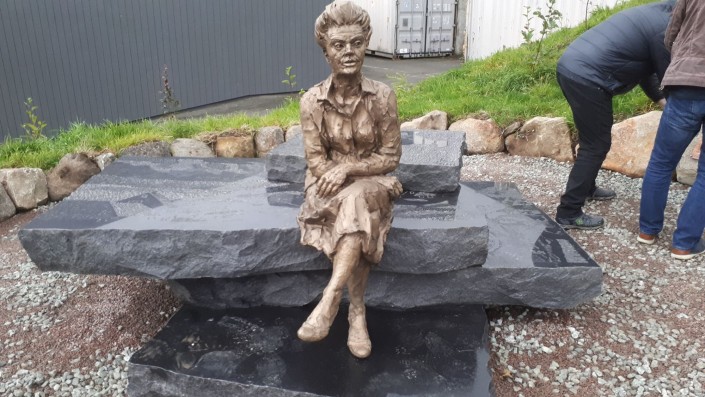 A statue of locally famous graphic designer Elinborg Lützen has become the first statue of a named woman to be put up in the Faroe Islands.

The statue was unveiled in the town of Klaksvík Tuesday. 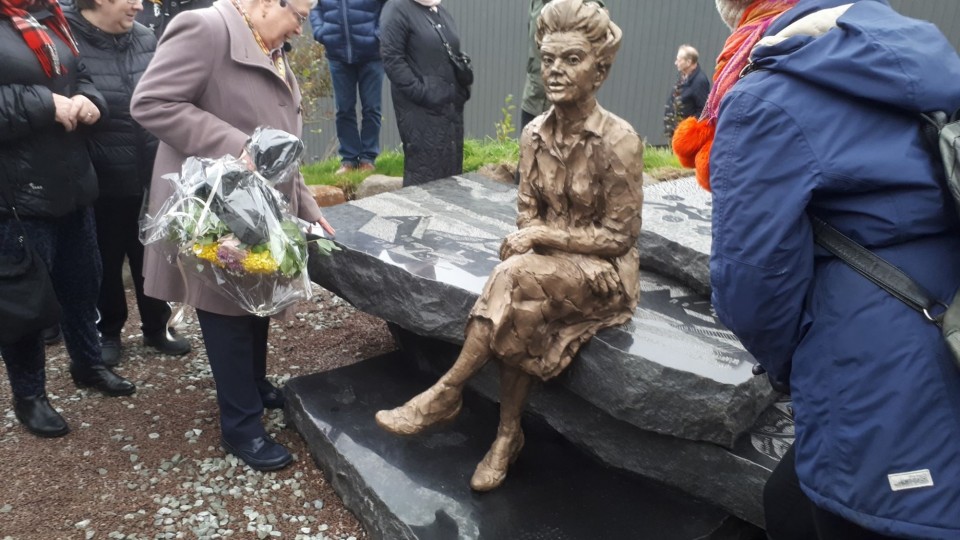 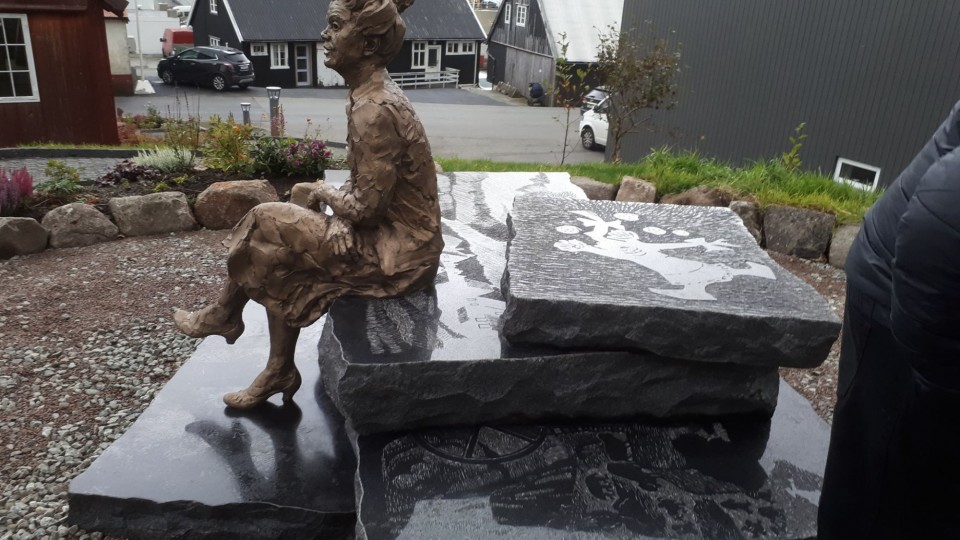 The statue is the result of a collaboration between Klaksvík City Council, Norðoya Sparikassi and sculptor Hans Pauli Olsen, writes Kringvarp Føroya.

Born in Klaksvík, Ms. Lützen (1919-1995) trained at the Design School for Women (Tegne- og kunstindustriskolen for kvinder) in Copenhagen and studied under the graphic artist Povl Christensen. 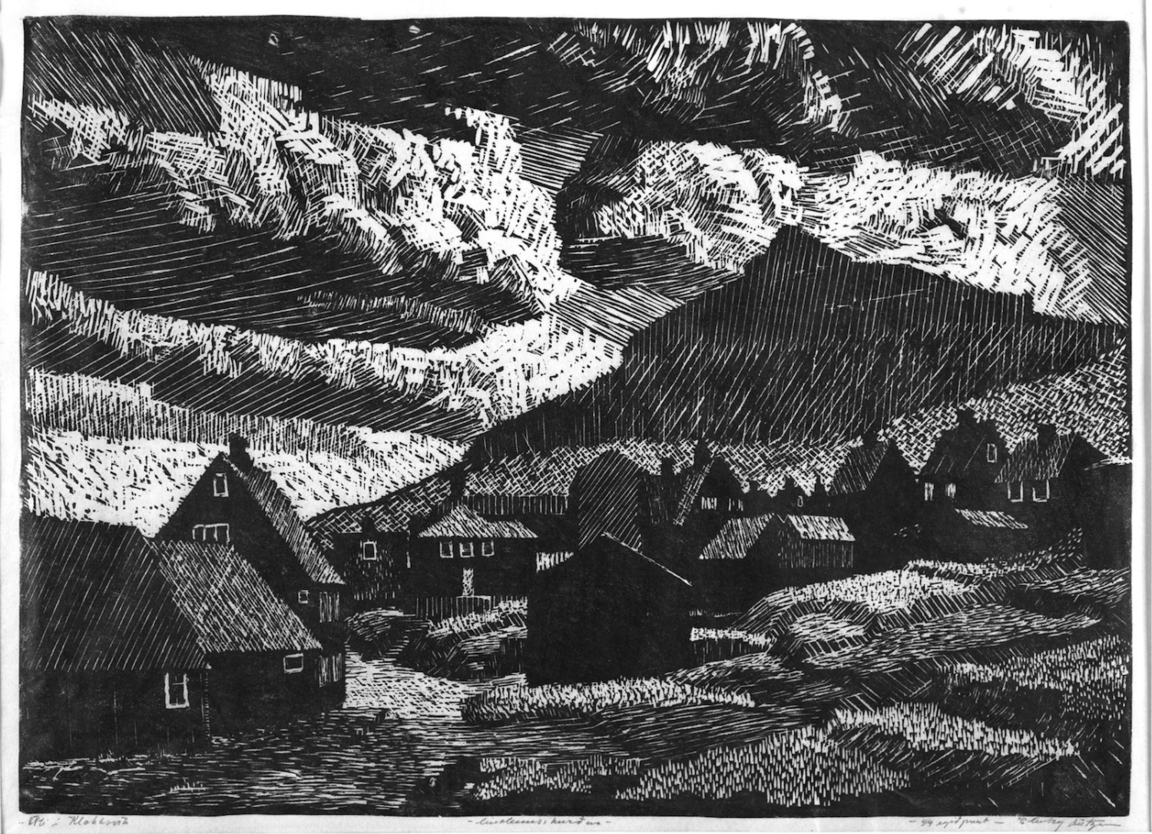 Lützen was best known for her black and white woodcut and linocut prints in which she portrayed Faroese nature and magical motifs. She showed her work at group exhibitions in Copenhagen, Reykjavik and Bergen and in 1980 participated in a traveling exhibition of Faroese artists presented in Denmark, Norway, Iceland, Scotland, and Finland. She also illustrated Faroese fairy tales and created designs for several stamps. 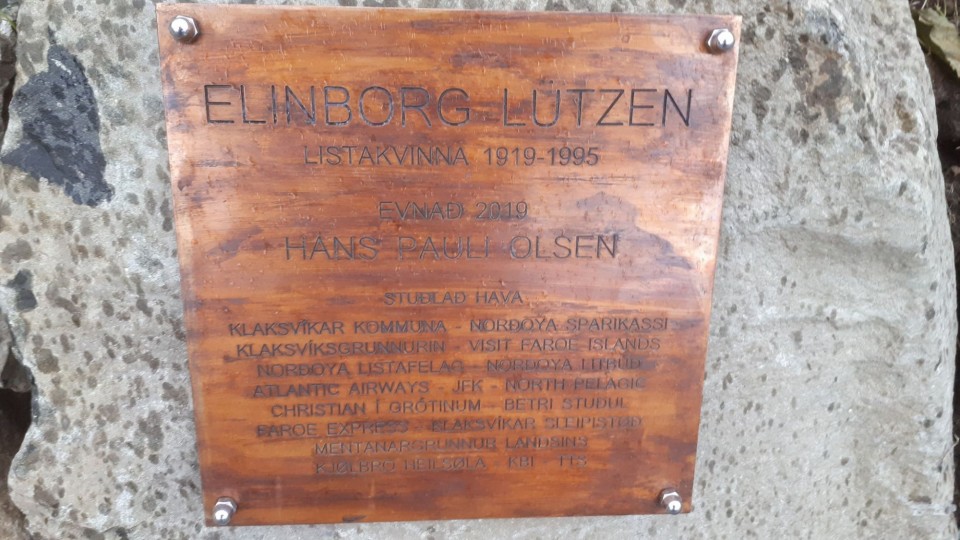 Lützen was married to, and later divorced, Faroese painter Sámal Joensen-Mikines. She died in Tórshavn in 1995.

Several of Lützen’s pieces are held by the Listasavn Føroya (The National Gallery of the Faroe Islands) and the Vejle Museum of Art.