First ever humanist wedding ceremony takes place in the Faroes 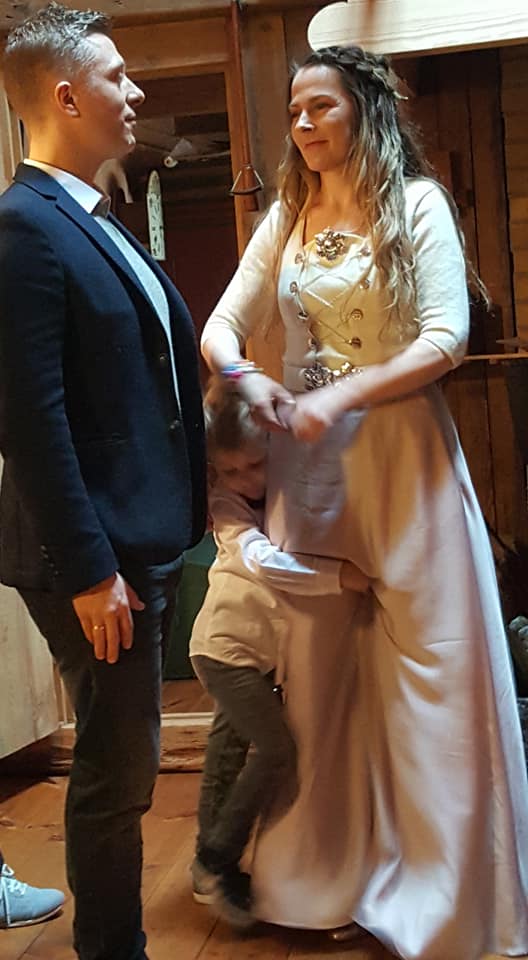 The first ever humanist wedding ceremony took place in the Faroe Islands today.

Amanda and Ask wed in a beautiful ceremony conducted by the Humanist Association of the Faroe Islands (Humanistafelag Føroya).

The ceremony was held at the Látrið Musuem in the village of Eiði on Eysturoy.

A humanist wedding is a non-religious ceremony that is deeply personal and conducted by a humanist celebrant. It differs from a civil wedding in that it is entirely hand-crafted and reflective of the humanist beliefs and values of the couple, conducted by a celebrant who shares their beliefs and values. Humanist weddings have been legally recognised as marriages in Scotland since 2005 and in Ireland since 2012, writes humanism.org.uk.

In June, Laura Lacole and Eunan O’Kane won the right to have their ceremony recognised through an order of the Court of Appeal. The decision followed on from a High Court ruling that gave legal recognition to humanist marriages, a decision which was appealed by Northern Ireland’s Attorney General, General Register Office, and Department of Finance. Humanists UK and its section Northern Ireland Humanists were supporting their case.

Model and public speaker Laura and Leeds United and Republic of Ireland midfielder Eunan’s wedding was the first legal humanist ceremony in Northern Ireland and the first in the UK outside of Scotland, writes humanism.org.uk.