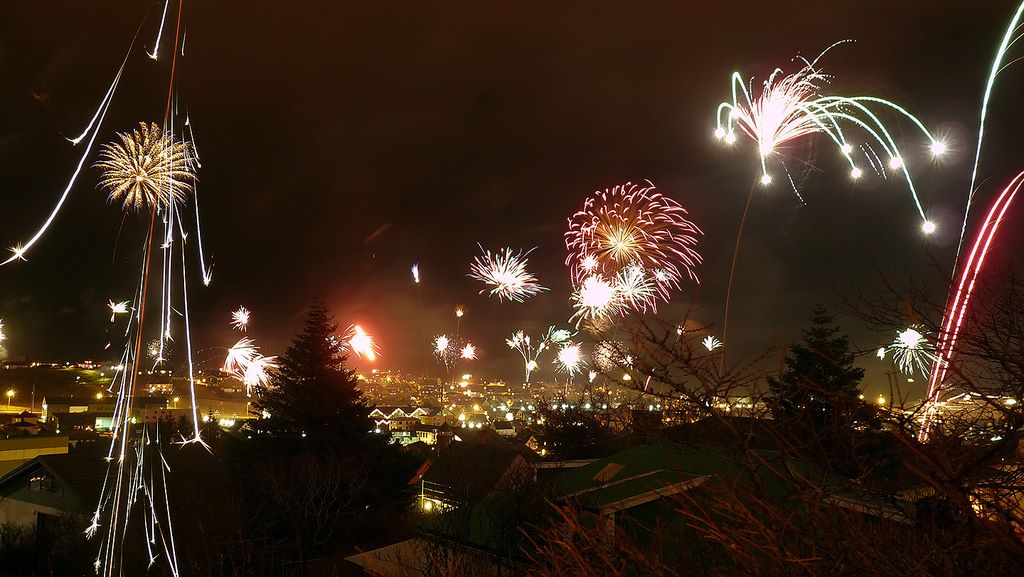 At the end of the day, the weather around midnight on New Year’s Eve turned out alright – relatively speaking, of course, as it was still quite windy and bitterly cold.

Thus, thousands of locals were able to gather in various Tórshavn boroughs to see the fireworks.

The 2018/19 Tórshavn fireworks display was not as spectacular and massive as usual, due to the weather conditions obviously, but the locals still seemed to enjoyed themselves, presumably thankful that it was possible to go outside and celebrate after all.

Earlier in the afternoon, weather conditions had threatened to put a damper on the fireworks and the outdoor celebrations at midnight. The average wind speed was around 20-25 m/s all over the country, and it was difficult to even go outside.

But thankfully, that particular threat remained just that as the average wind speed decreased in the evening – and eventually, Faroe Islanders got their happy ending: fireworks and stuff.

Local.fo wishes you all a very Happy New Year 2019.