The financial pirate, son of Kjølbro, rose to the Swiss top 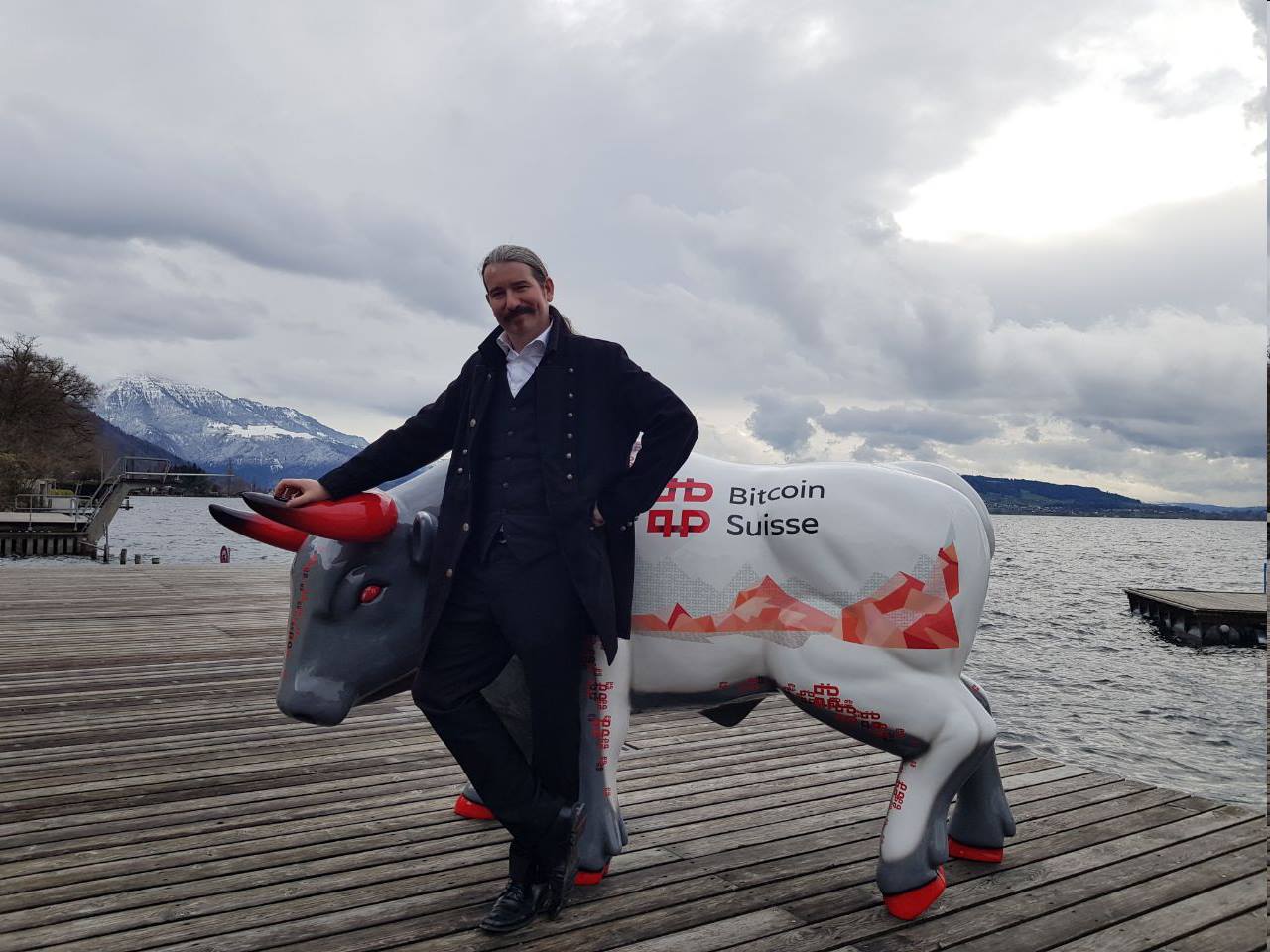 In the late 1980s, he was a regular pupil at ”Venjingarskúlin”, a primary school in Tórshavn.

Niklas Nikolajsen, born in 1975, is an early adopter, investor and FinTech entrepreneur in the field of cryptocurrencies and cryptofinance. Although a citizen of Denmark, Nikolajsen has been a Swiss resident since 2011.

A computer science graduate from Copenhagen, Niklas worked professionally as a software architect and developer from 1998 until 2012; during the later years of his career mostly in the financial sector.

Since 2010, Niklas has been a frequent commentator and outspoken proponent of Bitcoin and blockchain technology, particularly in Switzerland.

In 2016, he was named a top-100-influential Swiss banker by the Swiss financial magazine BILANZ.

– My great grandfather was J.F. Kjølbro (born Joensen), my grandfather was Ewald Kjølbro and my mother was Ewald’s 2nd daughter, Marita Kjølbro. Before that, our family ties are close to that of the Niclasen family – from which I am named – and further back in the distant past, Magnus Heinason, Niklas explains in an interview with Local.fo.

Niklas states that he has visited the Faroe Islands many times during his life, including a 10 month stay when he was 13-14 years of age.

He finds it amusing that his great-grandfather and grandfather were also engaged in issuing their own currency – from 1929-1933 – and that he continues that tradition, albeit from Switzerland. Perhaps it runs in our veins, he tells Local.fo.

When Niklas was very young, he dreamt about becoming an archaeologist or, maybe more specifically, a treasure hunter. Later, history and chemistry became his great interest. However, with the breakthrough of the Internet in the late 90’ties, he switched his interest to software development.

– When I discovered Bitcoin in 2010, I had already been loosely part of the CypherPunk movement for some years. Having at that time a 15 year background as a software developer and architect at that time, for a large part in the banking sector, and a keen interest in finance, I immediately knew this was something I wanted to work with, Niklas explains.

He first heard about Bitcoin in 2010, and in late 2010 he bought Bitcoin for initially 150 USD, then 800 USD, and by late January-early February 2011 he had invested around 1000 USD and owned a bit more than 1000 BTC. He had also received bitcoin locally in Copenhagen for various services. All of these first bitcoin cost on average much less than 1 USD per. Piece.

– I immediately saw Bitcoin as something completely revolutionary, solving core problems which had otherwise always been with us: how do you generate consensus in a safe and decentralized fashion, and how to you maintain a ledger without a central trusted party, Niklas explains.

When asked if he is someone who sees opportunities and who likes to take risks, he is adamant.

– No, I am in no way a gambling man as you indicate. Yes, I went into Bitcoin with a large part of my net worth and I switched career entirely to build a financial institution, working with this topic. But I did so cautiously and professionally and not in any reckless fashion. If you act recklessly, you have no place in finance, managing other peoples money, Niklas states.

After discovering Bitcoin in 2010, by 2011 Niklas had decided that he wanted to work professionally with it. He decided to found a Broker & Wealth managing company, specifically to work with a crypto-asset focus. At the time, he worked as a software architect in Denmark, but he did not consider Denmark the best jurisdiction for such a venture. Thus, he started to look abroad.

After considering many different options, including London, Singapore, Hong Kong, Canada and even New Zealand, Niklas decided in 2011 on moving to Switzerland.

– Arriving in Switzerland, I took a job as a software architect in Credit Suisse, the largest Swiss Bank, and started looking for financial backing to create what would later become Bitcoin Suisse. For 18 months inside Credit Suisse I preached Bitcoin to all I met, and succeeded in raising the capital needed for my venture, and Bitcoin Suisse (which I actually named after ‘Credit Suisse’) was founded in 2013.

– Where I see myself in 10 years? By then I assume Bitcoin Suisse will be a very large financial institution and the world’s leading crypto-bank. I will probably be the chairman of the board, and outside of work, and hopefully I will have a family together with my fiancee, Niklas answers when we asked him where he sees himself in ten years.

Niklas has been referred to as a financial terrorist in the past. We asked him how he feels about that particular reference:

– I might have been called that once or twice in the early years, but by now just about everyone see the potential in blockchain technology and tokenization, even if they remain skeptical to Bitcoin itself. More commonly I am called “The Financial Pirate”, in reference to both my long hair and beard, the way I dress, but certainly also because I went and founded a multi-billion dollar financial institution without the support of the traditional banking- and financial scene, and because we succeeded against everyone expectations, Niklas says.

Niklas does not think the success he has had over the past couple of years has changed him as a person.

– But the journey certainly has opened my eyes in a great many ways and I am today a much wiser and calmer person, than I ever was before. I am also very proud of what we have accomplished. But as to the money topic, everyone thinks that wealth will change one’s life, but in reality, it changes very little.

Is Bitcoin going to revolutionize society?

– Yes! In a few years, just about everything will be tokenized and we’ll be in the midst of a 2nd Internet revolution, as the Internet of information changes to become the Internet of things and the Internet of value. Every human being on earth will be connected into the same global economy and innovation and wealth creation will reach new heights. In this bright new future, Bitcoin has shown the way and will continue to play an important role, Niklas argues.