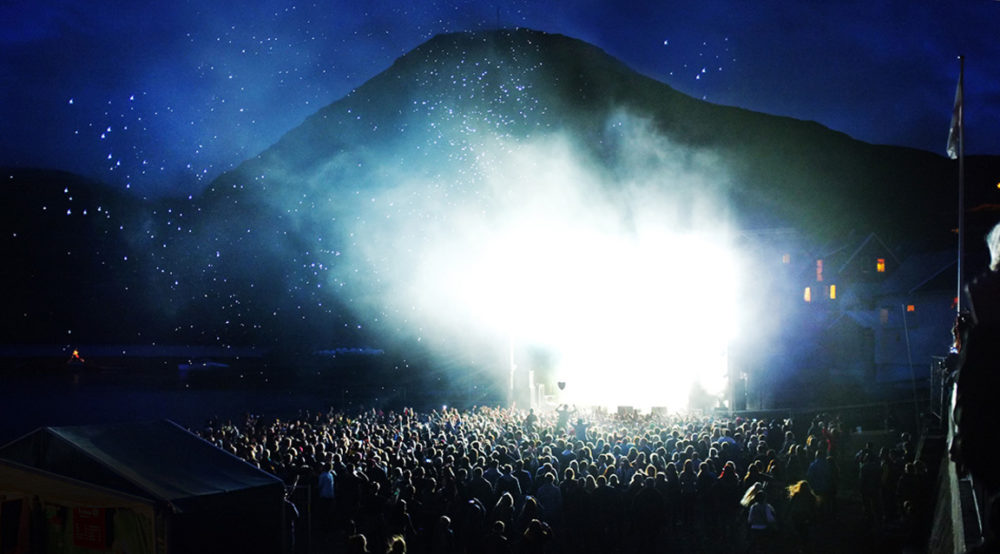 According to volunteer pressure group Blue Planet Society, Norman Cook, aka Fatboy Slim, has made a statement to the group regarding his appearance at the G! Festival in the Faroe Islands on Saturday 13 July.

According to the statement, Norman Cook will donate “his entire fee for the gig to marine conservation charities.”

The statement, which Blue Planet Society alleges was sent to them on 7pm on Saturday, the night Fatboy Slim was performing, reads as follows:

“My entire fee for this gig is going to marine conservation charities. It will be spent on educating the islanders and helping with resources for arts and culture in an attempt for them to abandon the grindadrap and look to tourism to help their economy. I do care and have searched my conscience long and hard on this and my playing here is not supporting the hunting of whales any more than any tourist who visits the island,” said Fatboy Slim, according to Blue Planet Society.

Blue Planet Society allegedly put pressure on Norman Cook to cancel his show, but he did not choose to do so – much to the chagrin of the volunteer pressure group:

“Background on Norman Cook @FatboySlim statement: We first highlighted the issue on May 2. We emailed Norman Cook, his agent & management with no reply. Norman Cook waited until 7pm on Sat 13 July – the night he was headlining G! Festival – to issue this (aforementioned) statement,” stated Blue Planet Society on Twitter.

Earlier this year, Blue Planet Society criticized Fatboy Slim, among others, for his decision to headline the 2019 G! Festival.

“Fat Boy Slim, Lewis Capaldi, Princess Nokia what the heck are you doing headlining this event and condoning barbaric cruelty to an EU protected species?,” the group fumed back in May, adding “G! Festival in the Faroe Islands is held on exactly the same site that pilot whales are brutally massacred.”

Approximately two weeks before the G! Festival was set to take place in the village of Gøta, Scottish singer-songwriter Lewis Capaldi withdrew from the lineup in protest against the practice of whale hunting.

Previous articleLight at the end of the tunnel: Final blast of Eysturoyartunnil puts end in sight
Next articleTop three finish for Faroe Islands at Island Games