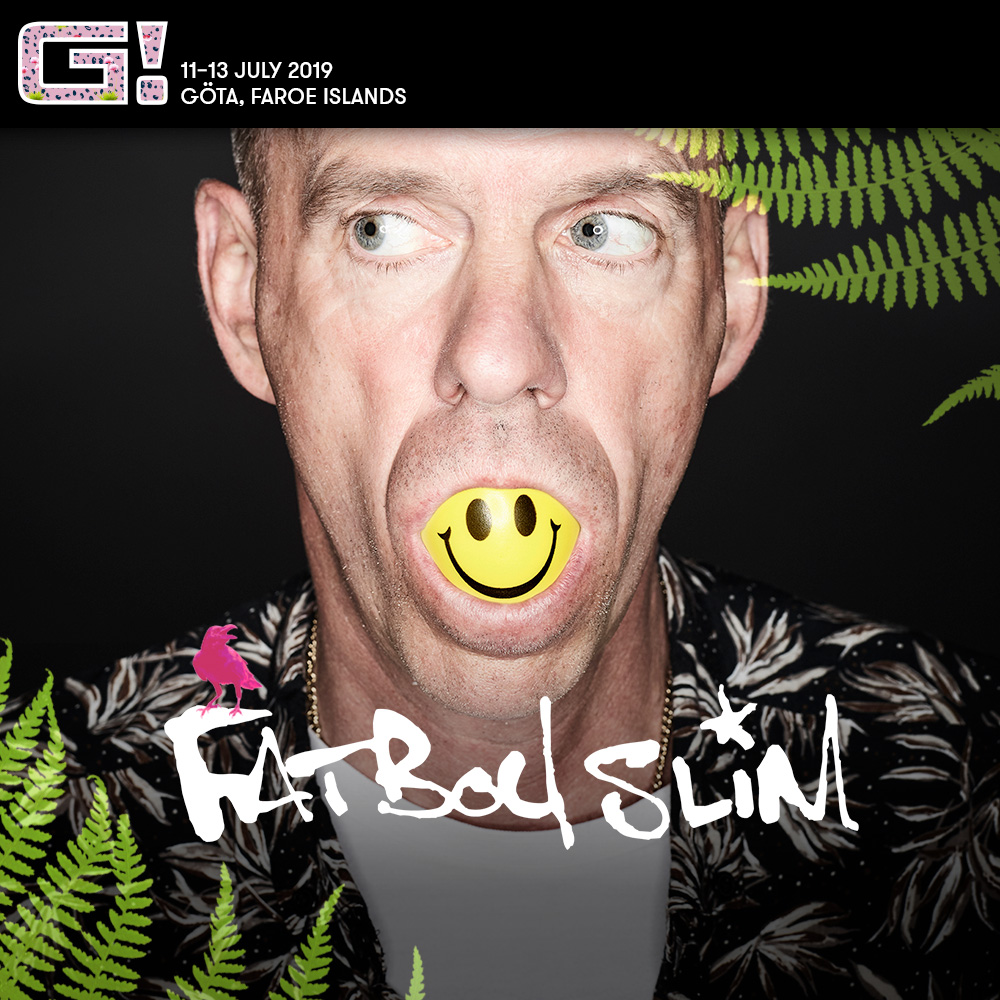 Organizers of the G! Festival in the Faroe Islands have announced that famous British DJ Fatboy Slim will perform at the 2019 festival, scheduled for July 9-13.

Fatboy Slim helped to popularize the big beat genre in the 1990s.

In 1996, Norman Quentin Cook adopted the name Fatboy Slim and released “Better Living Through Chemistry” to critical acclaim. Follow-up albums “You’ve Come a Long Way, Baby”, “Halfway Between the Gutter and the Stars”, and “Palookaville”, as well as singles such as “The Rockafeller Skank”, “Praise You”, “Right Here, Right Now”, “Weapon of Choice”, and “Wonderful Night”, achieved commercial and critical success.

G! 2019 has already been launched with Early Bird tickets selling out faster than ever, say the organizers