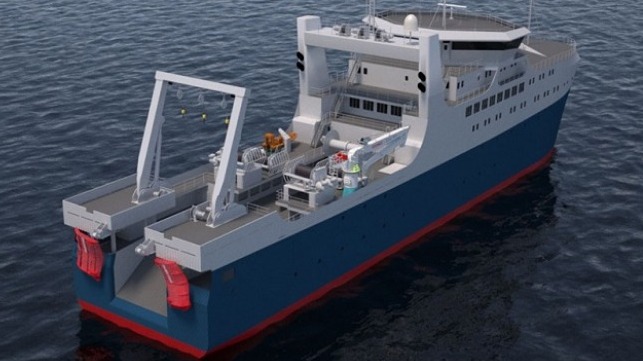 An entirely new design for the ocean factory trawler segment has been released by Knud E. Hansen’s Faroe Islands design team. From stem to stern this design redefines the classic trawler layout which has remained more or less unchanged for decades, writes Maritime-executive.com.

The designers state, according to Maritime-executive.com: “The aim of this design is to set new standards for the next generation of ocean factory trawlers, seeking innovation in all solutions and adaption of new technologies to the long proven concept of stern trawlers”.

The new design is a complete rethink of all main features, construction and components of the classic ocean factory trawler. Improvements have been made to almost every aspect of the original layout bringing out an entirely new functionality and simplicity, writes Maritime-executive.com.

Marni Olsen explains, that “at Knud E. Hansen the evaluation of the original design, construction, components and technology led us to conclude that improvements can be made – and are indeed needed”.