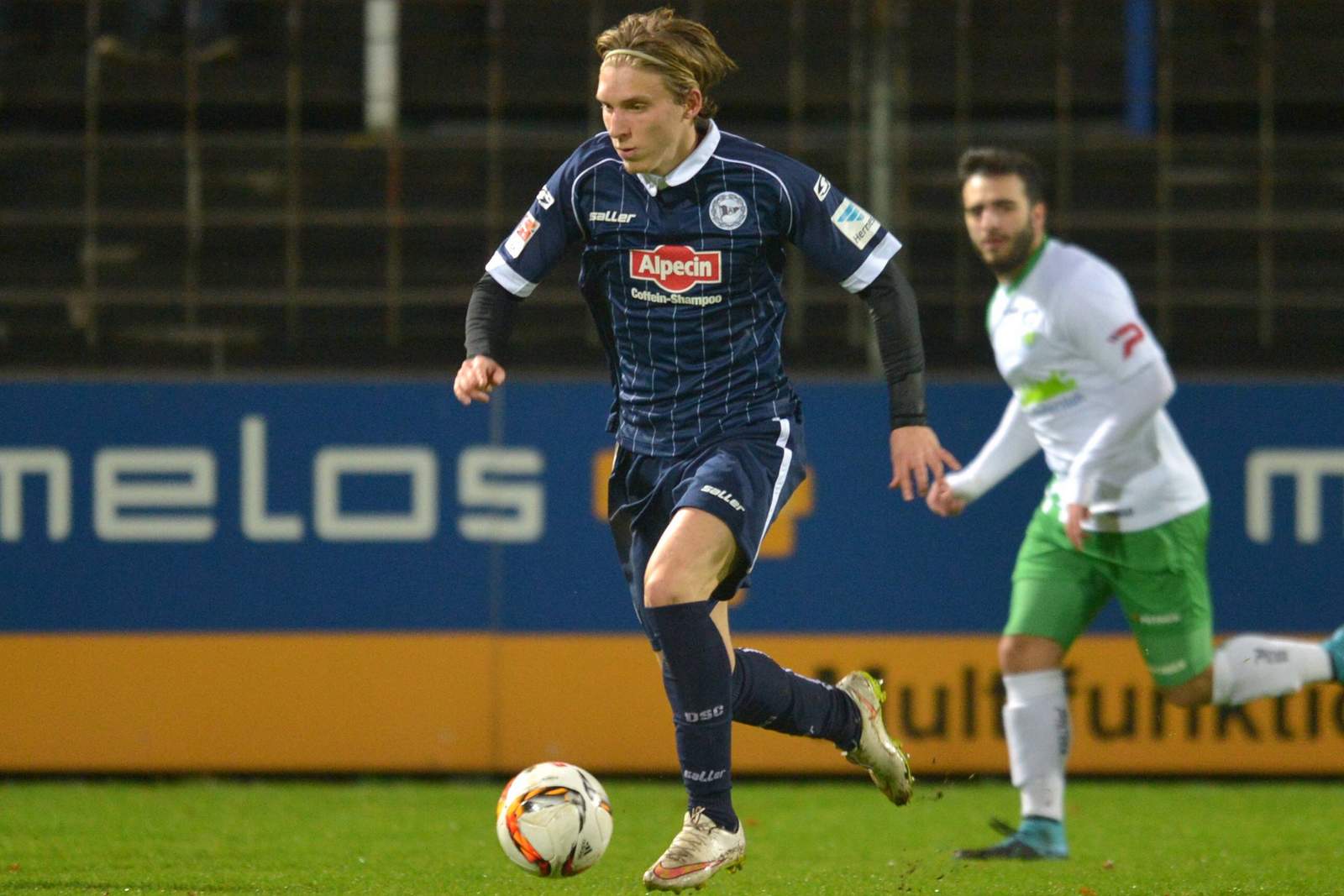 Faroese striker Jóan Símun Edmundsson made his official comeback from injury by playing 93 minutes for Bundesliga 2 side Arminia Bielefeld on Wednesday night.

The comeback went well as Edmundsson scored the second goal of the night for Arminia Bielefeld who battled back from 3-1 down at half-time to beat Dynamo Dresden away from home.

Edmundsson made it 2-3 shortly after the interval, and Fabian Klos equalized from the penalty spot in the 69th minute. Edmundsson was withdrawn after 93 minutes.

Edmundsson injured his knee in a Bundesliga 2 game against FC Ingolstadt 04 last November.

Arminia Bielefeld currently sit in 14th place in the Bundesliga 2, with 21 points from 19 games.

Previous article
“I am at my happiest and I write all my songs when I am stoned,” states popular singer after pledging support to cannabis cause
Next article
Video: Heliskiing in Klaksvík