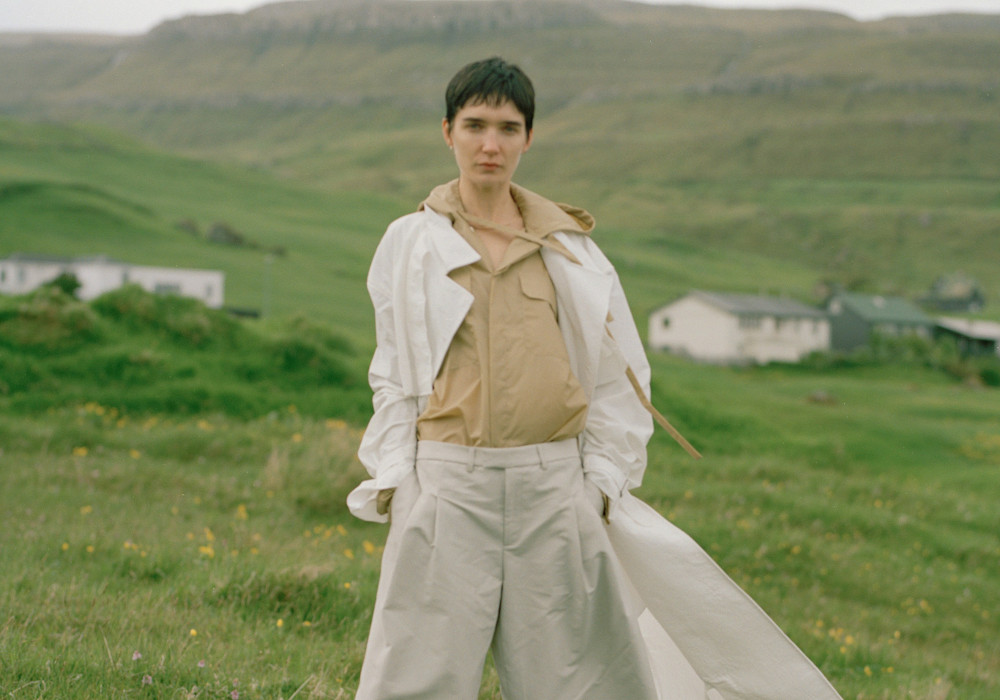 US luxury fashion label, Deveaux, have used Faroese nature as the backdrop in their new fashion line, portrayed in the newest edition of Vogue US.

It all starts with Canadian-Vietnamese photographer, Tommy Ton, who is Deveaux’s creative director and fashion photographer. Tommy visited the Faroe Islands for the first time last year when he photographed at the Blue Fashion Challenge. He was so inspired by the raw Faroese landscape and challenging weather conditions that he felt compelled to return to shoot for Deveaux. He felt that these ingredients fit well with the raw street style of Deveaux.

“Tommy and his team only had one day to shoot, and I had warned them that the Faroese weather can be very unpredictable,” says Jákup. “But they didn’t care at all. They were not put off by the wind and rain. Only a storm could have stopped them!”

Tommy and his crew, which included two other photographers, a designer, a stylist, Deveaux’s director, and a model, took photos in Tórshavn, Kaldbak, Gásadalur and Bøur.

Jákup said: “Tommy and his team were very fascinated by the Faroe Islands and by the changes in weather, light and colours. They described it as being a completely new country every time the colours changed.”

Tommy Ton has been quoted telling Vogue that he felt close to nature in the Faroe Islands. He also found inspiration in how the Faroese sailors dressed and used this in Deveaux’s creative creation process.

According to Jákup, this will not be last we hear (or see) from Tommy in the Faroe Islands.