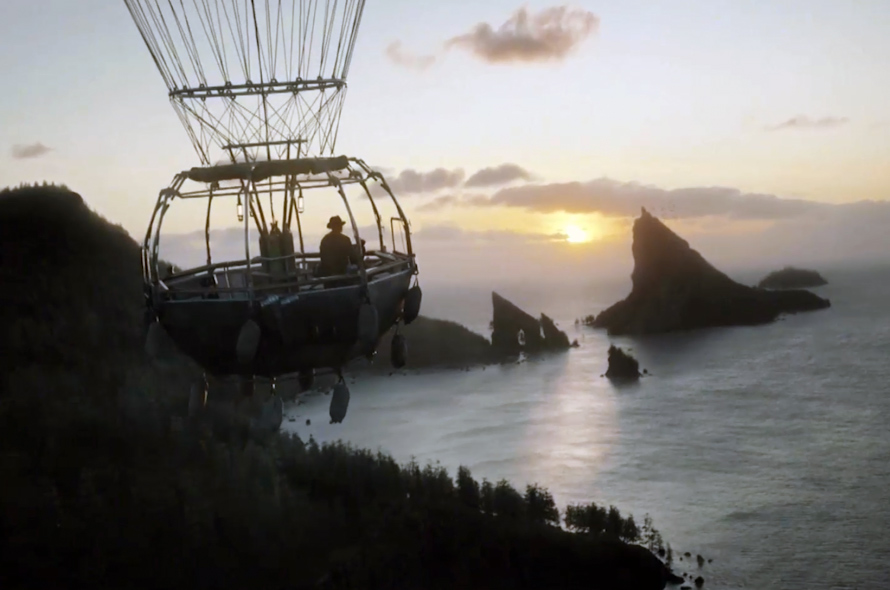 The 25th James Bond instalment ‘No Time to Die’ is not the only major production to include scenery from the Faroe Islands. Even if we’ll have to wait a while more before we can see Kalsoy on display in the latest Bond movie, however — despair not. You can currently watch actor Lin-Manuel Miranda flying over the fjord of Sørvágur in an air balloon in the television series drama ‘His Dark Materials’ on HBO.

The fantasy drama series was filmed in the United Kingdom, mainly Wales and England, with most of the shooting taking place in indoors studio environments. How the Faroe Islands became featured in the series remains somewhat of a mystery.

‘His Dark Materials’ is based on the novel series of the same name by Philip Pullman. The TV series is produced by Bad Wolf and New Line Productions, for BBC One and HBO, with the latter handling international distribution.

The eight-episode first series premiered in November last year on BBC One in the UK and on HBO in the United States and elsewhere. ‘His Dark Materials’ was renewed for a second series of seven episodes, which premiered on November 8th 2020 in the UK, and November 16th in the US.