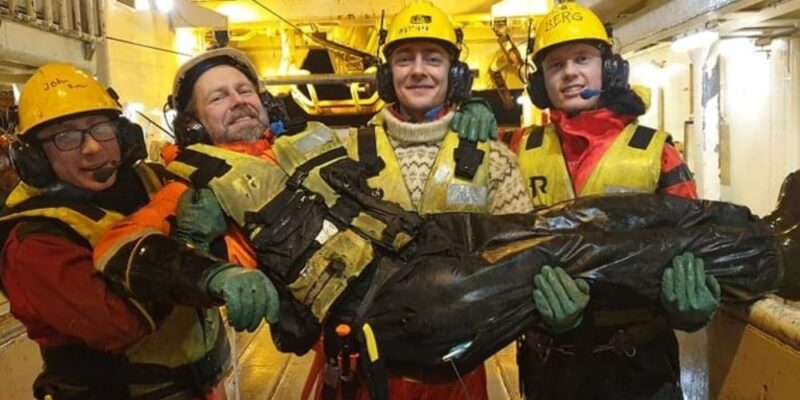 On the afternoon of the 2nd of December last year the weather was rough, cold and dark. Jonnhard Poulsen was working on the deck of the Norwegian trawler Ramoen, 30 nautical miles north of Nordkapp, Norway, when he was suddenly swept overboard into the freezing Barents Sea.

Mr. Poulsen was lucky, as his fellow crew members managed to rescue him. All 34 members of the crew came up on deck when the alarm sounded, and all other fishing vessels nearby stopped what they were doing to help.

– Someone was watching over us from above. We did everything right and we were well prepared, crew member John Haftor told Norwegian Frøya Nyheter.

Mr. Poulsen was in good health, all things considered, and he managed to climb from the MOB boat and walk to the infirmary himself. The entire episode lasted about fifteen minutes.

Mr. Poulsen was soon ready to go back to work. The accident only caused him to miss one shift.