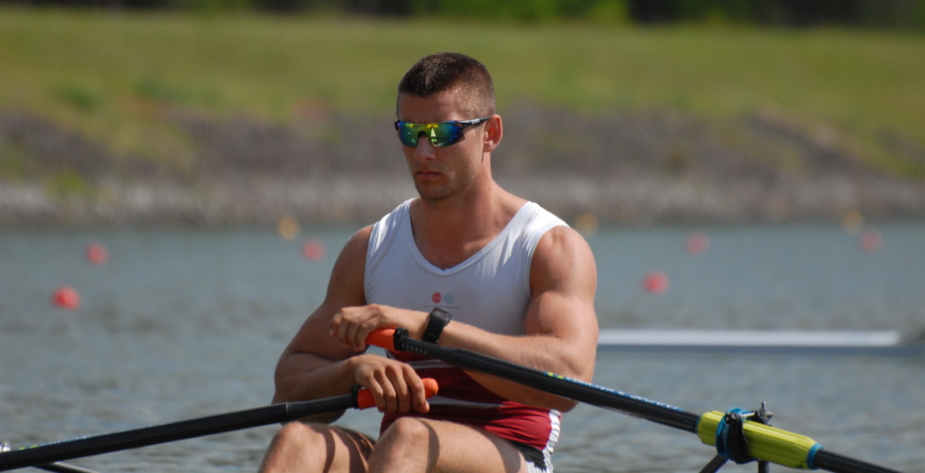 Sverri Sandberg Nielsen from the Faroe Islands finished second in the men’s single sculls at the World Rowing Championships in Austria in late August. He completed the Final with a time of 6 minutes, 44 seconds and 58 milliseconds, only 3 milliseconds slower than the winner, Oliver Zeidler from Germany.

The result means Sverri has qualified for the 2020 Olympic Games in Tokyo.

“At first, I was disappointed to finish second, especially because it was so close,” says Sverri. “But I am incredibly pleased by the result. I hoped to win a medal, which I managed to do, and my primary aim was to qualify for next year’s Olympics, which I also did, so I’m very happy.”

The Faroe Islands is not recognised by the International Olympic Committee as an independent state. As such, athletes from the Faroe Islands must compete under the Danish flag. Sverri’s achievements means this is the first time a Faroese or Danish rower has won a medal at the World Rowing Championships.

“The medal is part of Denmark’s collection, but I think I represent Faroe Islanders just as well,” says Sverri. “I think Danes are quite good at remembering to mention that I am, indeed, a Faroe Islander.”

Sverri also competes in indoor rowing and has set a new Danish record for three successive years – in 2015, 2016 and 2017. However, he still thinks he can improve.

“I’ve put a lot of emphasis on the technical side of things in the past year,” he says. “I have also improved physically. I see room for improvement, but how much that will result in medals depends on how much others improve.”