HomePolitics"Faroese right-wing parliament members are xenophobes, homophobes, racists and what not"
Politics

“Faroese right-wing parliament members are xenophobes, homophobes, racists and what not” 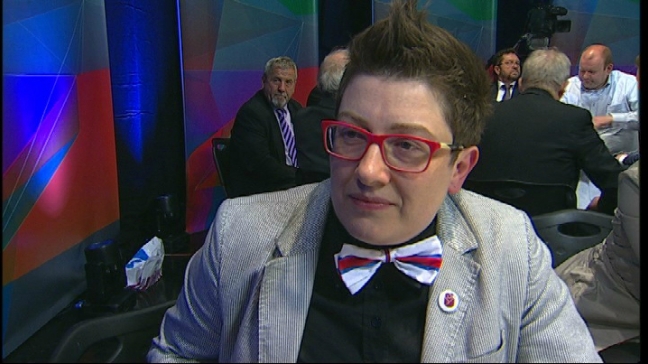 In an interview with Danish newspaper Weekendavisen, Ms. Jógvansdóttir stated, when asked about the motion which she has put forward to allow citizens to change their legal gender from the age of 18, that “they (right-wing MPs ) try to hide behind a Biblical agenda, but at the end of the day they are xenophobes, homophobes, racists and what not.”

The motion was debated in Parliament last Tuesday. Unsurprisingly, neither coalition MPs, nor opposition MPs seemed to support it.

Ms. Jógvansdóttir, the first openly gay MP in the Faroe Islands, is none too impressed by some of her colleagues in  Parliament and pointed out to Weekendavisen that “they (right-wing MPs) try to hide behind a Biblical agenda, but at the end of the day they are xenophobes, homophobes, racists and what not. They hold the Bible in front of them and blame the Bible for their intolerance. And of course, it is very useful to be able to use the Bible like this,” Ms. Jógvansdóttir said.

Previous article
Five Nordic prizes awarded in Oslo
Next article
Opinion: Skip any trip to northern Faroe Islands if one lane small and dark tunnels is not something for you