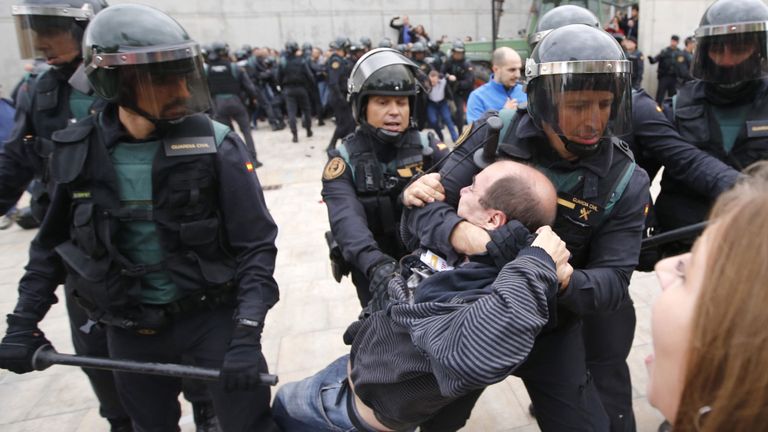 The Faroese Republican Party (Tjóðveldi) has called on the Spanish government to take steps to solve the crisis in Catalonia as soon as possible.

This comes after Spain’s Supreme Court on Monday sentenced nine Catalan separatist leaders to between nine and 13 years in prison for sedition over their role in the region’s failed bid for independence in 2017.

The verdict prompted furious protests across Catalonia and led to angry clashes with police after demonstrators attempted to occupy Barcelona-El Prat airport.

According to Tjóðveldi, the Catalonia crisis can only be solved through dialogue and democracy.

Tjóðveldi has sent the following letter to the Spanish government:

The solution to the crisis in Catalonia is dialogue and democracy.

We all want a Europe where democracy, freedom of speech and the right to peaceful assembly and protest apply. And we want crises to be solved by dialogue. Because we all know what the alternative is, and that is not an option.

Using the judicial system to imprison political opponents solves nothing. It only escalates the problem.

We strongly denounce the imprisonment of people who are striving to advance dialogue, democracy, and use their right to self-determination through democratic means.

Like the UN Group on Arbitrary Detention and Amnesty International, we also call on you to release the Catalonian political prisoners immediately.

The only way forward –and the way to solve the crisis in Catalonia –is through dialogue and democracy.

We therefore call on you to pursue, as soon as possible, a genuine dialogue towards finding solutions based on equal respect and democracy, for the benefit of the people of Catalonia and Spain, and for Europe as a whole.