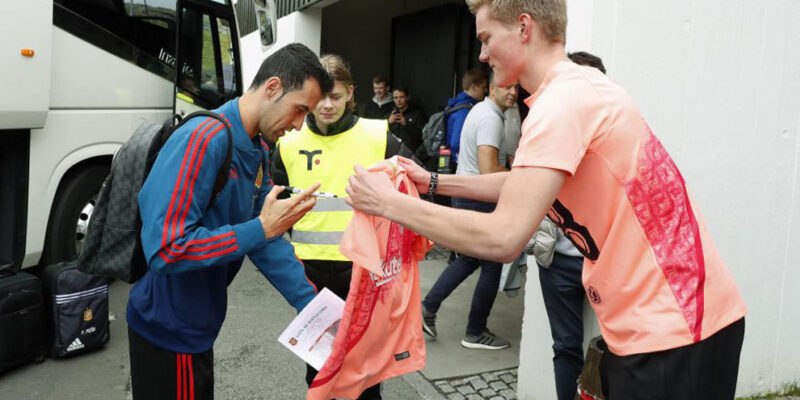 Thus, Faroese locals – even the Faroe Islands national team players themselves – were naturally excited to meet and greet de Gea et al as they arrived at their hotel in Tórshavn yesterday.

Marca notes that as the Spanish side “pulled up to the hotel, they were greeted by guys in blue tracksuits: the Faroe Islands squad.”

“As the Spain bus pulled in, a small group of children gathered around, while the Faroe players crowded around the cafe window to see the stars up close,” writes Marca.

Marca also finds it amusing that the Spanish and Faroese players have to share the same hotel prior to the match:

“In Torsvahn (Tórshavn), where the game will be played, the only hotel that meets UEFA’s requirements is the Foroyar (Hotel Føroyar), which is located on a hill about three kilometres from the centre and, as such, any team playing there must stay at this hotel, including the Faroes themselves.”

The match between the Faroe Islands and Spain kicks off at 7.45pm tonight.