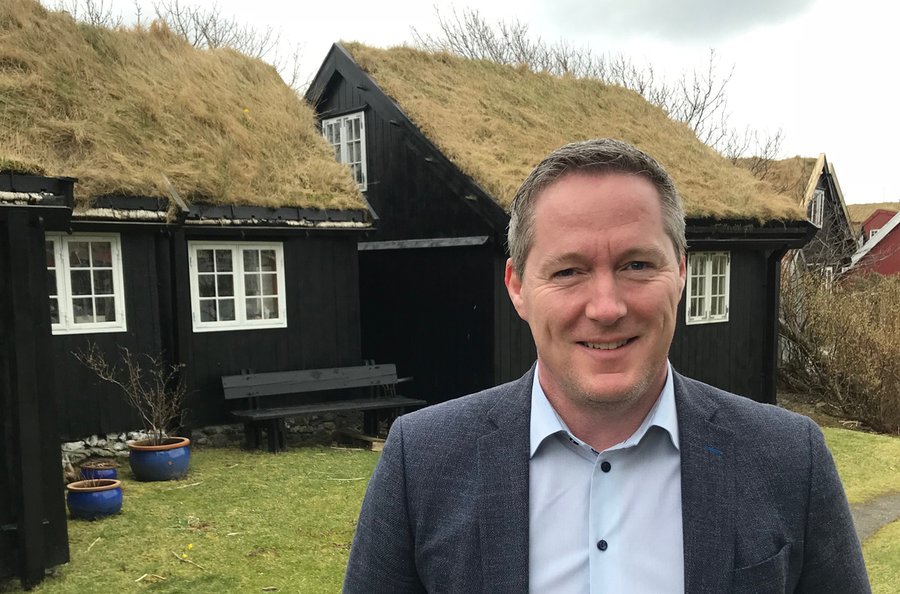 Until last week American sportswriter Peter King, who writes for Sports Illustrated, including the weekly multiple-page column Monday Morning Quarterback, did not know much about the Faroe Islands.

That was before he received an email from 44-year-old football fanatic Jens Andrias Vinther, a partner in the Hansen Thomassen Vinther law firm of Tórshavn, who postulated that Cleveland Browns ”should take quarterbacks with the first and fourth overall picks in the draft, theorizing that since the washout factor for the first-round quarterback is so high, it stands to reason that if you take two, at least one should become a good NFL player”.

Vinther replied to King that he fell in love with the game when he studied in Denmark.

– The first time I experienced football was while I was studying in Denmark…I was in Copenhagen, and a Danish channel showed the football games on Sundays. I fell in love with the physical contact of the game. It’s a real man’s sport. I chose the Seahawks right away, and that has been my team ever since. I think I chose them because of the grunge music. But I have followed them and now I have to see them every Sunday during the season”.

– Oh, I have NFL GamePass. I can see all the games. I watch them here in my home on Sundays. Then I will watch the Red Zone channel for the other games, mostly on how they impact the Seahawks, Vinther told King.

Vinther does not watch American football with anyone as he does not really have anyone he knows very well who watches football.

– There is a Facebook group in the Faroe Islands that follows the NFL. It’s got about 350 members. I think it mostly young people.In the Faroe Islands, U.S. sports are quite unknown. We have football [soccer], handball, volleyball. No basketball or American football”, explains Vinther.

However, this won‘t stop Vinther from traveling to America for the first time in the summer of 2019 with his wife and three kids—ages 11, 8 and 4. They are going to rent a car and drive across the United States.

Previous article“I am happy to protect the tradition of Thai massage”, says owner of Sabai-Thai massage
Next articleHouse fire in Klaksvík