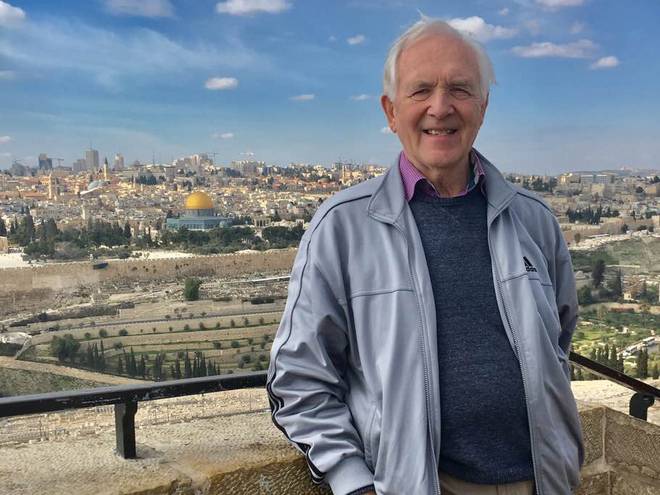 This Friday, March 2, Billy Graham’s private funeral service will be held at the Billy Graham Library in Charlotte, North Carolina. About 2.300 invited guests are expected to attend. Following the service, Mr. Graham will be buried beside his late wife, Ruth, whose grave is at the foot of the cross-shaped brick walkway in the Library’s Prayer Garden, writes billygraham.org.

Christian evangelist Billy Graham gained worldwide recognition as he reached untold millions through his pioneering use of prime-time telecasts, network radio, daily newspaper columns, evangelistic feature films and globe-girdling satellite TV hookups. Graham’s message was not complex or unique, yet he preached with a conviction that won over audiences worldwide, including in the Christian community in the Faroe Islands where he was – and still is – immensely popular.

”In this moment I am on my way to the United States together with Jógvan Zachariassen. We are among the foreign guests who have been invited to attend the funeral for Billy Graham which will be held in North Carolina…The funeral service will be transmitted live from the Billy Graham Evangelistic Association”, wrote Svenning á Lofti on Facebook yesterday.

Reverend Billy Graham, a North Carolina farmer’s son, who preached to millions in stadium events he called crusades, becoming a pastor to presidents and the nation’s best-known Christian evangelist for more than 60 years, died last Wednesday at his home in Montreat, North Carolina. He was 99.

Previous article
Fulmar hunting in the Faroe Islands
Next article
While the World Googles, the Faroese “Sprota”