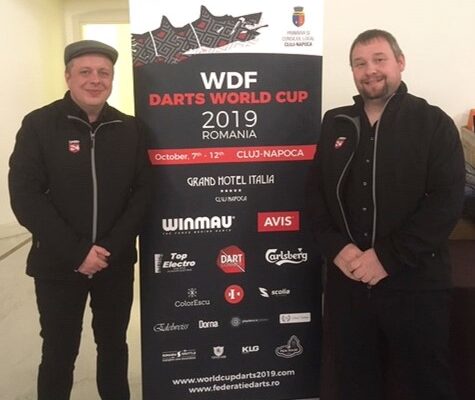 The Faroese Dart Federation has been granted membership in the World Darts Federation (WDF). This was determined at a member’s meeting during the Darts World Championships in Romania last month.

Membership in WDF gives member countries the opportunity to voice their opinions, be part of the decision-making process and receive information about the international dart community. It also means the Faroese national team can compete with other countries at Nordic, European and World Championship. Thirdly, it allows the Faroese Dart Federation to organise competitions in the Faroe Islands that count towards world rankings, which opens for the possibility of inviting international dart players to competitions in the Faroe Islands.

The Faroese Dart Federation became a member of the Faroese Confederation of Sports in 2018, which allowed them to apply for WDF membership in 2019.

Eight dart clubs are part of the Faroese Dart Federation. The clubs, which are located across the country, have between 130-140 active members in total, with the majority taking part in the 11 officially-organised dart competitions, held between September and May.

Their biggest challenge is attracting young players. Only one player is under the age of 18.

Dart players from the Faroe Islands will compete in the Nordic Cup in Denmark in April 2020 and at the European Championships in Spain in October 2020.

Other countries to receive WDF membership in 2019 were Slovenia, Monaco, Singapore and Croatia.