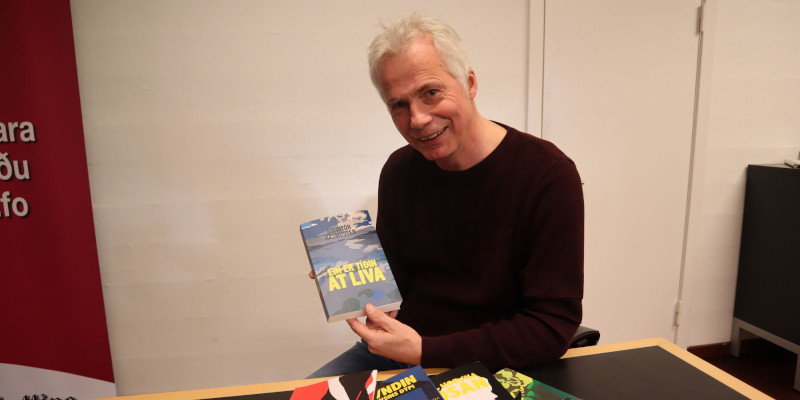 Faroese author and musician Steintór Rasmussen has now published five crime novels about the women of the knitting club in Norðvík, the first of which was published in November 2016.

The first book, “Deyðin fer í Bindiklubb” (English: Death joins the knitting club) was published in German in 2019, and now the second book, “Hevndin úr havsins dýpi” (English: The revenge from the depths of the ocean”, has also been translated.

The books have been translated by Martin Schürholz. The German titles of the books are “Hass Stirbt Nie” and “Rache aus der Tiefe des Meeres”.

A short synopsis of the first book:

Don’t judge a dangerous woman by her cover!

It is on an ordinary Wednesday in November that a 42-year-old man is found murdered in an old house in Norðvík.

This is world-class news for the six women who regularly meet to knit and jabber. Anita is the host, and she is the wife of the policeman who is set to solve the case.

An acquaintance from their youth and school days has been murdered. The friends are shocked by the crime. But they have no clue that they have played a role in the tragedy and are a part of the horrors that now transpire.

In the Faroes, life must go on, even when death rolls his dices.

For those about to translate Faroese literature, a new international grant