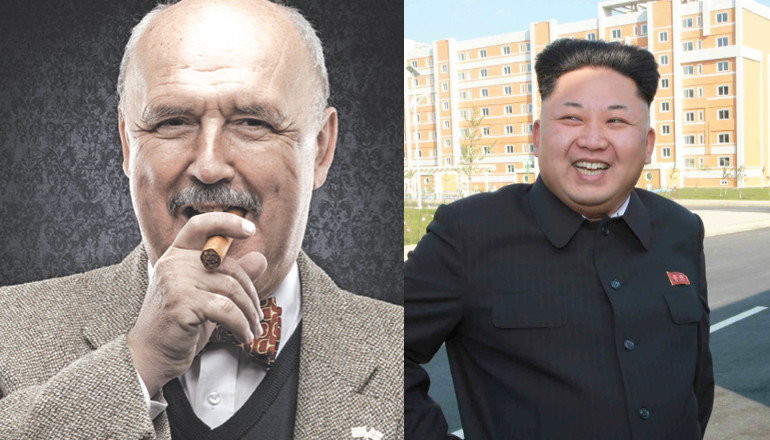 It has not gone down well with Faroese bourgeoisie that Óli Breckmann, a notorious right wing politician and radio host on conservative media outlet R7, has referred to the North Korean dictator Kim Jong Un as the ”socialist slant-eyed fishball in Pyongyang”.

On an on-air radio programme earlier this month, Mr. Breckmann discussed Donald Trump’s decision to impose tariffs on steel and aluminium, fuelling fears of an all-out trade war between USA and China. Mr. Breckmann also analysed North Korea’s role in the dispute and referred to Kim Jong Un as the ”socialist slant-eyed fishball in Pyongyang” and the “Little Rocket Man”.

In the wake of these comments, Erling Eidesgaard, an ordinary Faroese citizen, has reported Mr. Breckmanns’s former comment to the police as a possible racist hate crime and violation of Paragraph 266b, i.e. the Anti-Discrimination Act.

Paragraph 266b of the Danish penal code states: ”Whoever publicly, or with intention to disseminating in a larger circle makes statements or other pronouncement, by which a group of persons is threatened, derided or degraded because of their race, colour of skin, national or ethnic background, faith or sexual orientation, will be punished by fine or imprisonment for up to 2 years. Sec. 2. When meting out the punishment it shall be considered an especially aggravating circumstance, if the count has the character of propaganda.”

Mr. Eidesgaard, son of former Social Democratic Prime minister Jóannes Eidesgaard, states in an interview with VP.fo that ”this (Breckmanns’s comment) is neither funny nor acceptable. Just abominable. I just feel that this is way too much”, he says, adding: “I have a family with an Asian background, and I do not accept that stuff like this is being broadcast. I think this is the worst kind of racism.”

Óli Breckmann, on the other hand, states that ”he is not surprised that Paragraph 266b is now being used to cause intrusions”. Breckmann points out that ”this paragraph puts limits on our freedom of speech and will ruin democracy,” writes VP.fo.

Faroe Islands Police have not yet responded to Mr. Eidesgaard’s report.

Fishball, in Faroese ”Knetti”, is a large fish ball containing lumps of lamb’s tallow. Needless to say, it is a very popular dish in the Faroe Islands.