‘Faroese as a Second Language’ opening for newcomers and non-native speakers in eastern, northern regions 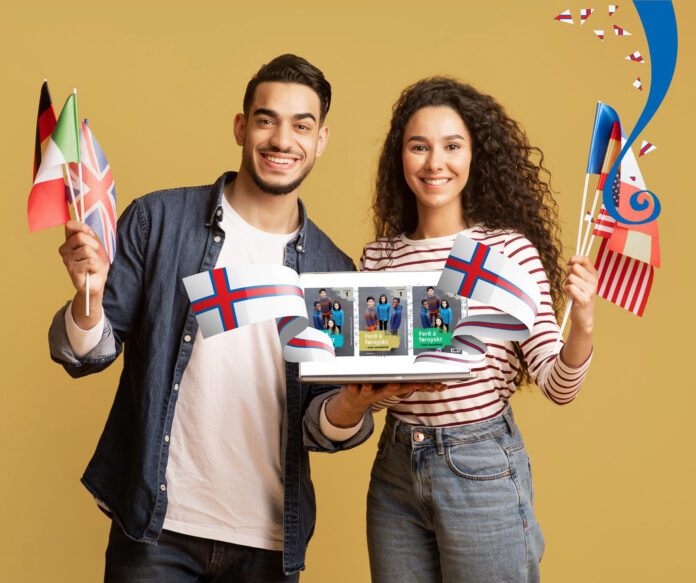 A new educational opening in language course ‘Faroese as a Second Language’ (‘Føroyskt sum annaðmál’) for newcomers and non-native speakers in the east/northern part of the Faroes has been announced.

Set to take place at the high school in Kambsdalur near Fuglafjørður, Eysturoy, the new course “will cover spoken and written Faroese and will also serve as an introduction to the Faroese society and culture,” according to the Ministry of Foreign Affairs and Culture.

“The course has a 15-week span with compulsory attendance and teaching takes place on all regular weekdays with four-hour sessions.”

With registration ongoing as of October 4th, the course will start on October 31st and last until May 2023, the Ministry further noted.

“The course concludes with an exam and each student receives either a certificate for a module test which gives access to further studies in Faroese as a Second Language, or a formalized diploma supported by the Ministry of Foreign Affairs and Culture which is applicable for Upper Secondary Studies.”

‘Faroese as a Second Language’ is organized in accordance with the CEFR scale and students are screened for prior language skills before classes commence, we’re told.

Previous article
Marine Mammals: A Sustainable Food Resource — int’l conference to be held in Tórshavn on October 5-6
Next article
Rescued after capsizing on transatlantic voyage: Faroese rowers tell their story

Dr. Martin Zachariassen to head University of the Faroe Islands as new rector