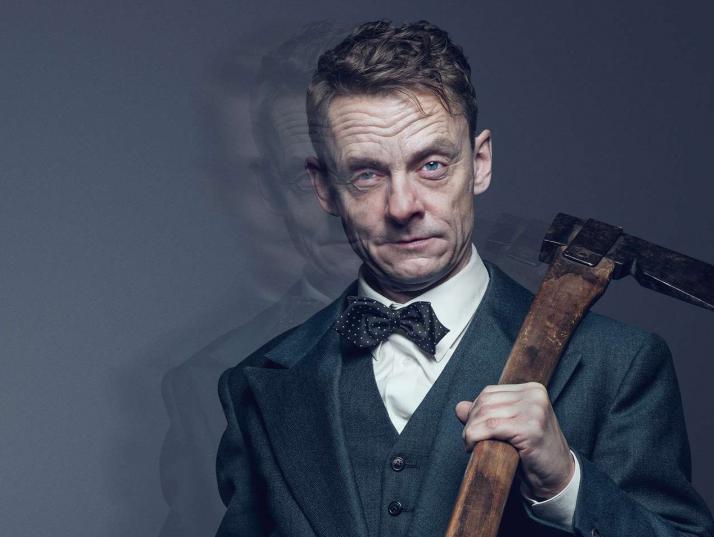 56-year-old Olaf was handed the highest Reumert award of the evening, the Reumert Prize of Honour.

Søren Kaare Andersen, director of Bikubenfonden which organise the awards, handed Olaf the prize, which was considered the highlight of the evening. In his speech, Søren said Olf is no ordinary actor, but an extraordinary one who has had a brilliant acting career in Denmark, and one who has always chosen challenging acting roles.

A visibly delighted and grateful Olaf Johannesen accepted the award and made sure to point out that he was purely an ordinary actor. He thanked the Bikubenfonden and Reumert jury for the great honour and took time to thank those who had taken him along for the ride, including his wife and five children.

The Reumert awards, which are named after the actor, Poul H. Reumert, who lived from 1883 to 1968, include all types of theatre art. Reumert awards have been handed since 1998.

The aim of the Reumert awards is to highlight the art form of live theatre and to honour some of the biggest actors in Danish theatre with the objective of raising interest in live theatre in Denmark.

The award handed to Olaf included a check for 200,000 Danish kroners.

This is the third time Olaf as won a Reumert award. Olaf was awarded Reumert awards for Best Male Lead in 2015 and 2016.

Other notable winners of the award include famous Danish actors, such as Lisbeth Dahl, Lars Mikkelsen, Bodil Udsen and Ghita Nørby.